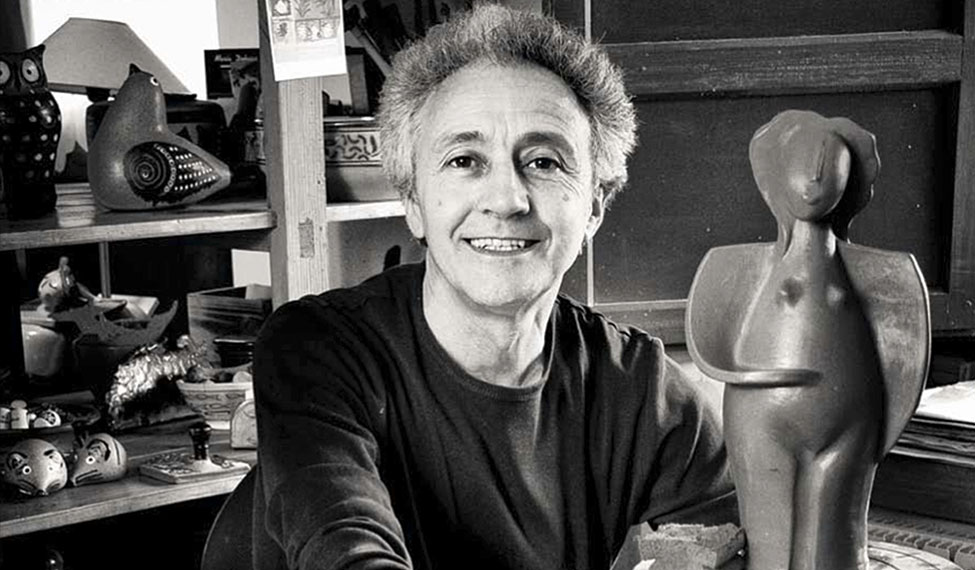 Carlos Alonso Pérez, identified Pozancos, Guadalajara, as the place to create, make and innovate with his passion and his job: pottery.

Along with his partner María Jesús Martín de Hijas, he created in 1980 Alfar del Monte, where the village and its surroundings provide quietness and inspiration, and their experienced art-making hands pay tribute to that privilege with their creations.

Among his production we should highlight his murals, assembled as individual and exclusive pieces, each of them with its image, each one with its purpose and each one with its place in the final composition, incredibly beautiful and meaningful.

His career and his work are sprinkled with many prizes that recognize his value as an artisan and an innovator:Campo de la NacionesMural, first prize;Homenaje al VueloMuralPrize, second prize … etc.