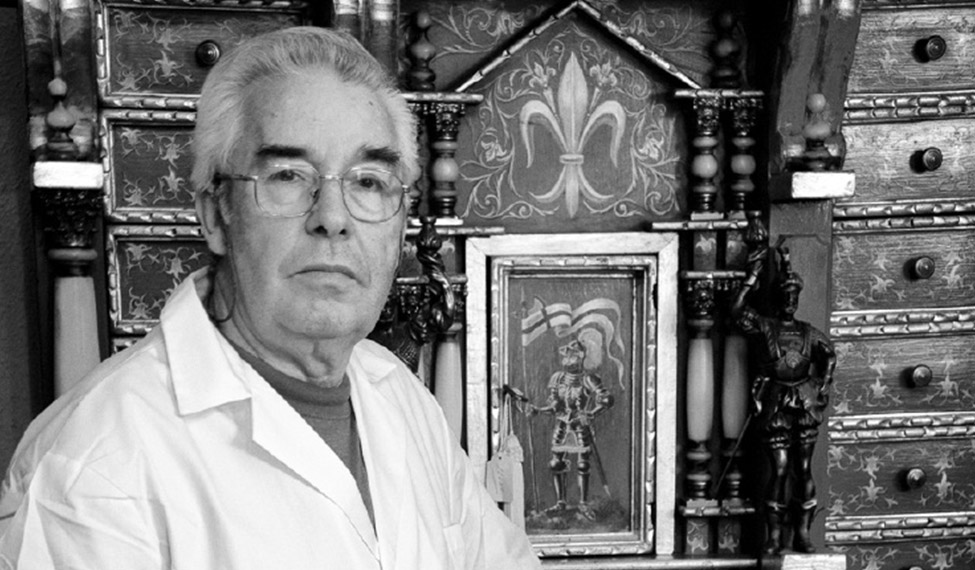 Julio Martín de la Fuente talks, deeply moved, about his specialization as woodworker, where it comes from and how this manufacture identifies the Toledan furniture with its own name. This, concrete, peculiar and unique, branch of woodwork has, it seems, its most primitive origin in the 9th century when some Moors exiled from Toledo settled down in Bargas and brought along the artisan manufacturing of certain little chests that had several usages, so much so that, as they hada whole world of usages, these chests or trunks took their name from it and started to be called the World.

It seems that the evolution and the techniques of those little chests led to the characteristic furniture that we know and that, in spite of the fact that other places wanted to appropriate it, is from here, from Toledo, from Bargas.

Such a laborious and carved art, according to this craftsman, must be a vocational job and only for someone who has a healthy economy. The woodworker that earns a living out of his work has to make furniture or accessories with a higher demand.

He will go on with his art of woods and drawers, turned little columns and inlaids… that will keep among their forms the international open secret of this furniture from Bargas: the Vargueno desk, demanded by any person that knows it and that must, therefore, be more widely known.