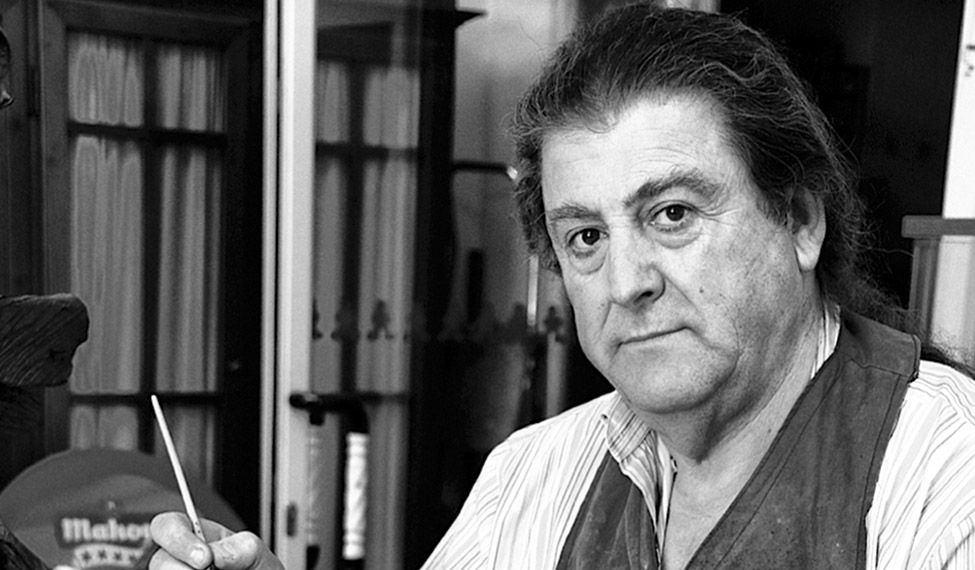 Luis del Castillo Barámbio is the fourth generation of potters that the Castillo family line has given to Cuenca. His predecessors were characterized and distinguished by manufacturing earthenware storage vats, which because of their volume and size gives per se a great reputation to the potters that tackle them.

Nevertheless Luis, who started his career as a photoreporter, pursued a different way to apply the knowledge, the shape, the material and even the kiln, an innovation in pottery which lent him his own style and school.

His creations out of clay or porcelain with paper freshen up the panorama of a new pottery and let his ideas and coloristic expressions fly, which makes him stand out among his colleagues.

His workLa Vaquillahas been selected as model for the prizes of San Fermín festivities, where Luís will be likewise awarded in Pamplona with the spreading and the recognition that imply for his work having hundreds of replicas of his already well-knownvaquillaall over a city so found of bulls.