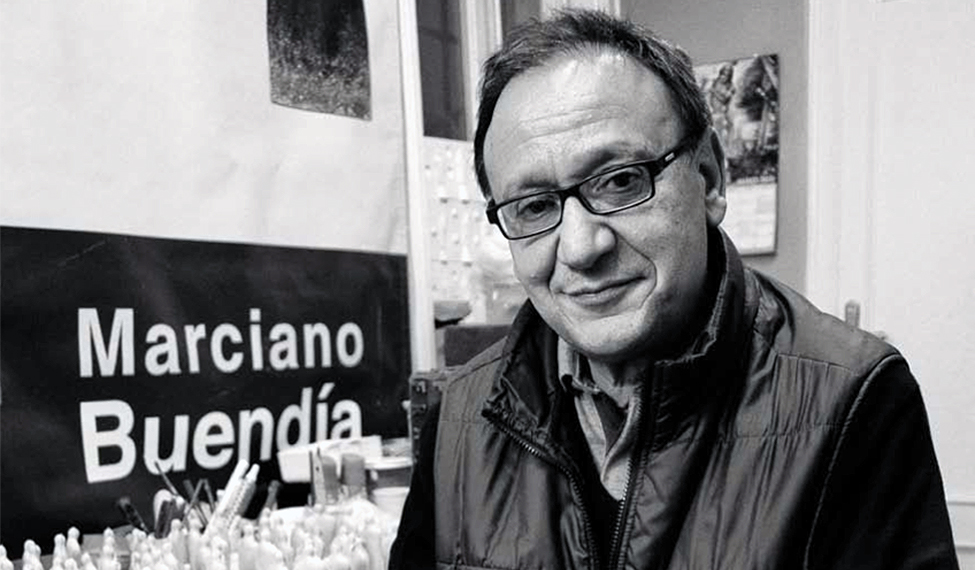 Marciano Pérez Buendía started as an artist in theatre, which later combined with pottery, likewise his residence, divided between Madrid and Villanueva de Bogas.  It is at TAI, Taller de Artes Imaginativas (workshop of imaginative arts), where he became acquainted with Bárbara Forsberg work, a Swedish potter who works the Rakú traditional Japanese technique, which connects seamlessly with his way to conceive this art, and what he wants to express.

His most characteristic representations are groups, mostly human, sets of figures that join their bodies in a sheaf or a cylinder shape. These groups mix urban and material topics that join the clay to round off its creative game. They are series that express not only an artistic but also a philosophical content. HisOfrendasseries shows groups over a support that, as a kind of tray, shows their content and is loyal to their meaning.

His work has been shown and has taken part in Spanish contests and also outside the Spanish borders, in Japan, being awarded with important prizes and recognitions.