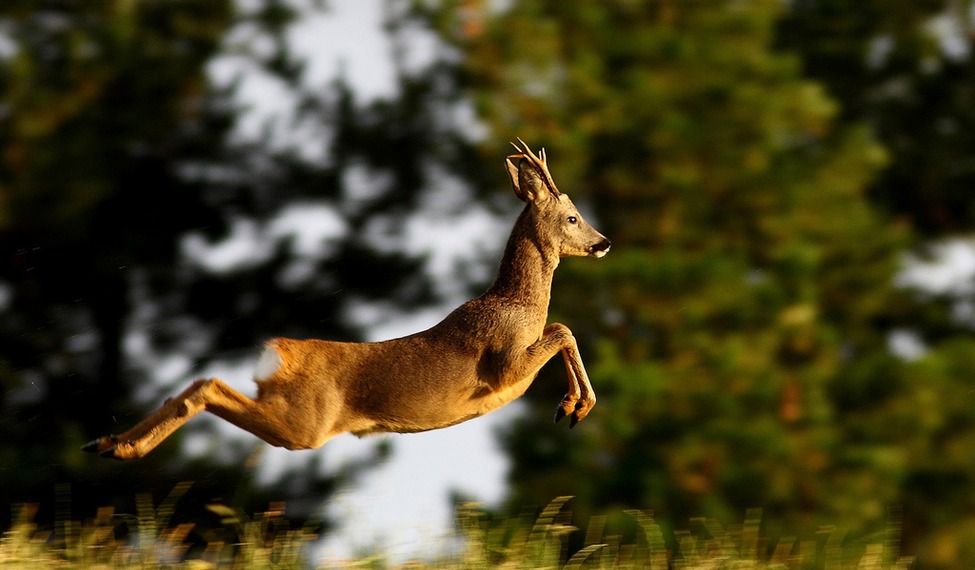 The Iberian roe deer shows a peculiarity, being the smallest in size within the European species. Its antlers, only present in males, reach their fullness when the animal is between three and five years old, with three tines.

The roe deer antlers score by their length, weight and volume, measured by water immersion. The most valuable ones are the dark ones, almost black, very pearly, with red spots and white tips.

The most important populations are found in Toledo and Ciudad Real. Over the last few years, because of their expansion, they have adapted little by little to farming environments with less forest space.

Castile-La Mancha allows beatings at the beginning of the hunting season, from September to November, with exceptional authorizations until February.