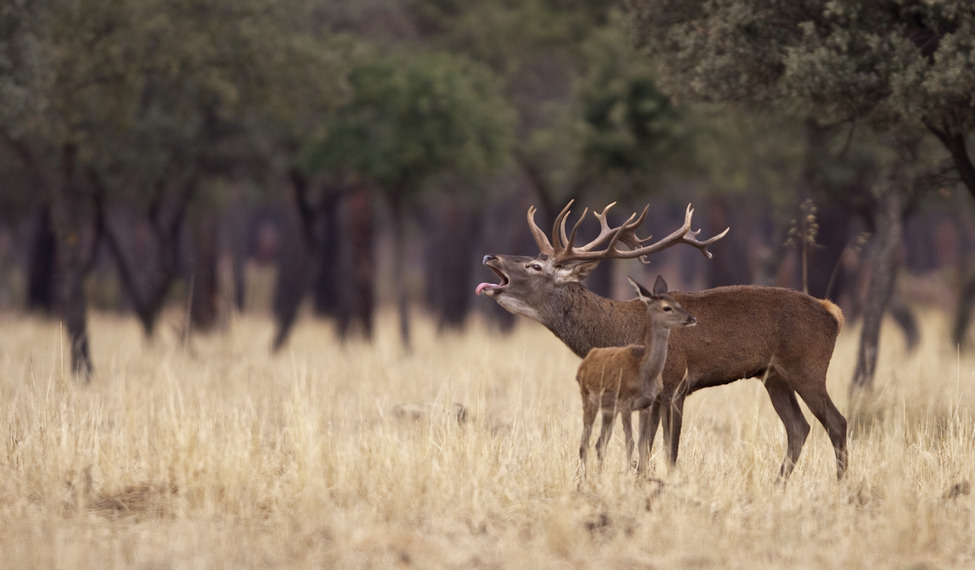 The preserve is a huge scrub, orrañas, the name given to the Mediterranean forest plain typical from Montes de Toledo mountain range, and which Cabañeros National Park has made so popular. In its meadow, holm oak has been growing in a natural way, along with Pyrenean oak, rockroses, heathers and pine forest, habitat for Iberian red deerand roe deer, also for eagle owls and cinereous vultures. The area is visited from time to time by golden and imperial eagles.

This preserve belongs to the Spanish State Forestry Assets and is managed by National Parks. It is an important space devoted to the sustainable management of the Mediterranean forest, including hunting exploitations and the first in which the red-legged partridge was bred to be later reinserted into social preserves. Recently, in association with Los Yébenes town hall, its hunting use has been reintroduced as a control way for animal populations.

INFORMATION FOR THE HUNTER