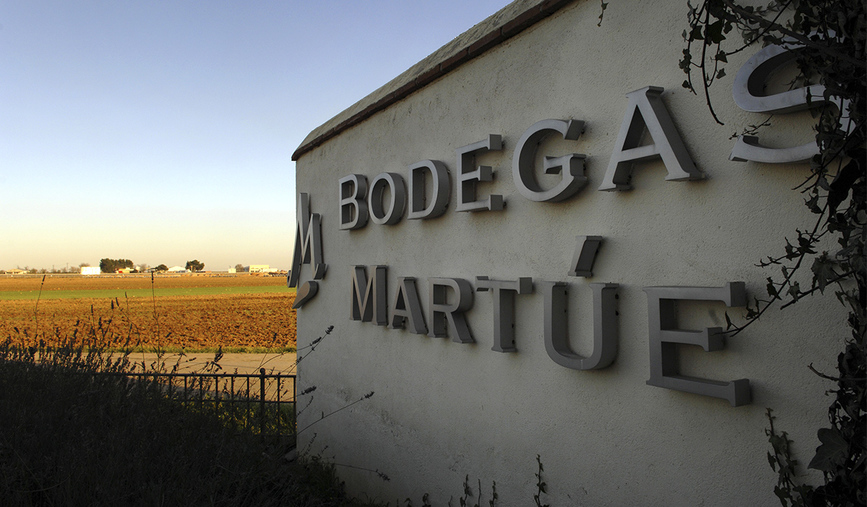 An idea: to turn La Guardia region into a first-rate wine producer. A viticulturist: Fausto González. Martúe La Guardia Wineries are the fruit of this merge. Founded in 2000, this winery is part of the Club de Calidad de Turismo Enológico (wine tourism quality club). Their wines are under the Vino de Pago DO, the highest classification under the Spanish law concerning viticulture.

Far from resting on his laurels, his challenge is to improve year after year this quality and to accompany it with a good price. Thanks to his philosophy of a reduced production, an extremely careful selecting process is allowed. They own two estates: Campo Martuela, with Cabernet Sauvignon, Merlot, Syrah, Tempranillo and Petit Verdot varieties; and El Casar, where, as well as the former ones, they grow the novel Malbec and Chardonnay white ones.

Among their wines, Martúe Especial stands out, a wine which is the best benchmark of this winery. Made out of the oldest vineyards from the Cabernet Sauvignon, Merlot and Syrah varieties, it is aged for 12 months in French and American oak. Some other labels are Martúe Syrah and Martúe Chardonnay monovarietals.

The doors of Martúe La Guardia are always open for the visitor to get to know both the estates and the winery. It has a tasting room equipped with the necessary technology for meetings and catering service. They also offer the possibility to organize private tastings both for individuals and groups. There is also a shop.