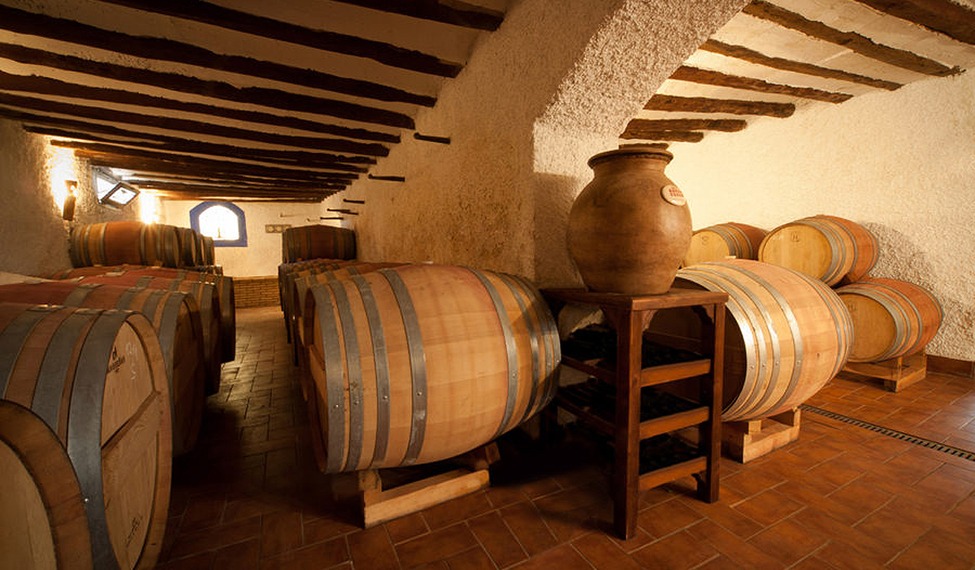 Santa Rosa name is hardly separable from its owner, Cristóbal Gramage, who inherited a small estate from his father when he was twelve years old and came to acquire and increase the value of the estate with a hundred per cent ecological vines, olive trees and cereal crops thirty years later. Almansa DO grapes also have in Santa Rosa vines planted more than sixty years ago, singularly Monastrell and Garnacha Tintorera. And no less singular is the manor from the 18thcentury that houses the winery’s facilities, with an ornamental façade, being a patrimonial asset which will be a treat for both the traveler’s eyes and palate.

Santa Rosa stands out by their three varieties of Matamangos, the name of their wines. Matamangos Crianza uses Monastrell and, manually harvested, Garnacha Tintorera with fourteen months in French and American oak cask and eight months bottled before it is sold. Matamangos Syrah uses exclusively this variety grown in the estate, being manually harvested in October, and ripening for six months in cask. Matamangos Mod, whose name evokes the urban tribe of Vespa big fans, mixes Garnacha Tintorera from 60-70 years old vines and ten years old Cabernet Sauvignon fermented in stainless steel and cold maceration followed by two months ripening in cask.