Consuegra (Toledo)
Back to the Middle Ages 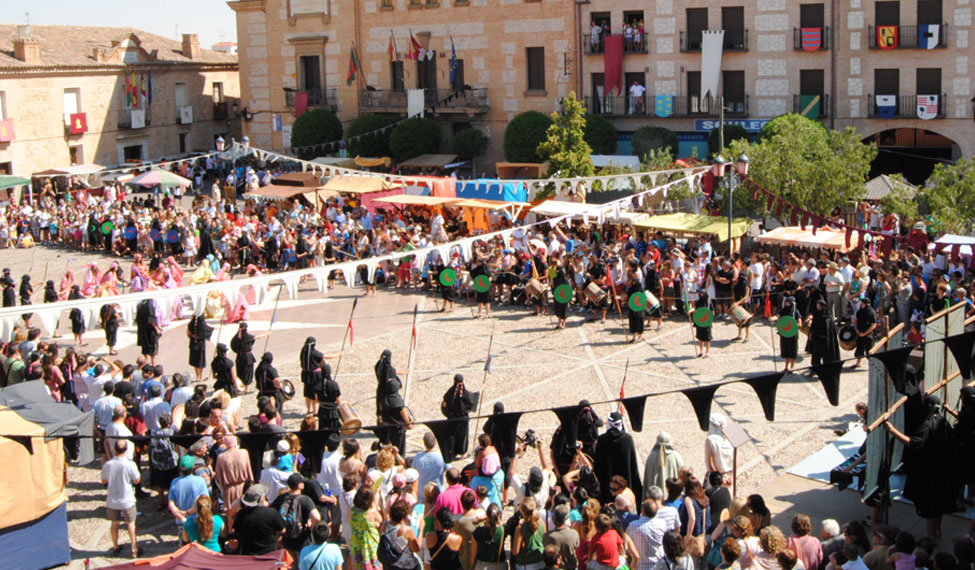 Medieval Consuegra takes us back to 1097, when Alfonso VI troops waged battle with the Almoravid army coming from the North of Africa prepared to hold off the Reconquest and regain the Peninsula. During the battle Diego Rodríguez, the only son of the Cid Campeador, lost his life.

Since 1997, almost 500 participants bring Consuegra back to the Middle Ages every August. You can visit theFonsado Castellano, going through the defenses of a besieged castle,  going deep into the Almoravid encampment and knowing firsthand the battle preparations, going along the spiffed-up streets at Zoco de Consuegra and stopping at the merchants’ stalls, becoming overcome with emotion at the Funeral Ceremony on behalf of the fallen in combat, and vibrating with the clash between the two armies at the As–Satrany: a metaphorical depiction of the battle over a giant chess board, followed by a Miserere and a macabre dance in honor of the soul of dead hero. This depiction is performed at their bullring and at La Muela Castle, located on the Calderico hill.