Dances of the Octave of Corpus in Valverde de los Arroyos 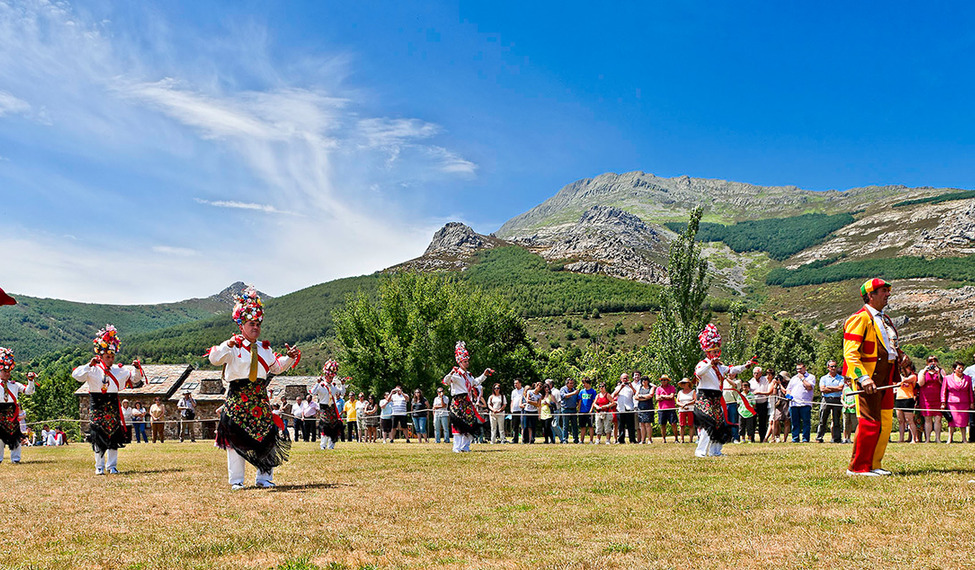 If one thing characterizes this festival, it is the spectacular vestment of the dancers, especially highlighted by the tall hat adorned with flowers. Not far behind is the joker, a traditional figure in Guadalajara, dressed in vivid colors. The dances they perform, of pagan origin, were not associated with the Christian celebration until the 17th century when, by papal bull, Pope León XI allowed them to “dance covered before the Holy Sacrament.”

The dancers perform their first dance, that of the Cross, in the grain threshing area, after the mass. Upon return to the square, they interpret the dance of the Mills and that of the hitting sticks, in which they appear to be fighting, wielding their sticks to the sound of the music. The dance of the Rope follows, in which they weave eight ribbons of different colors around a pole that the joker holds. And so it goes, until they complete the six dances that remain of this ancient tradition, which, according to the locals, came to have up to twelve variations.

From the threshing area of Valverde we can see, nearby, the peak of Ocejón. It is worth a visit to see, on the North Slope, the cascades of Despeñalagua, a natural waterfall that flows all year long, falling from 120 meters over a slate wall.