Description of the party Running of the Bulls in Brihuega | TCLM

Running of the Bulls in Brihuega 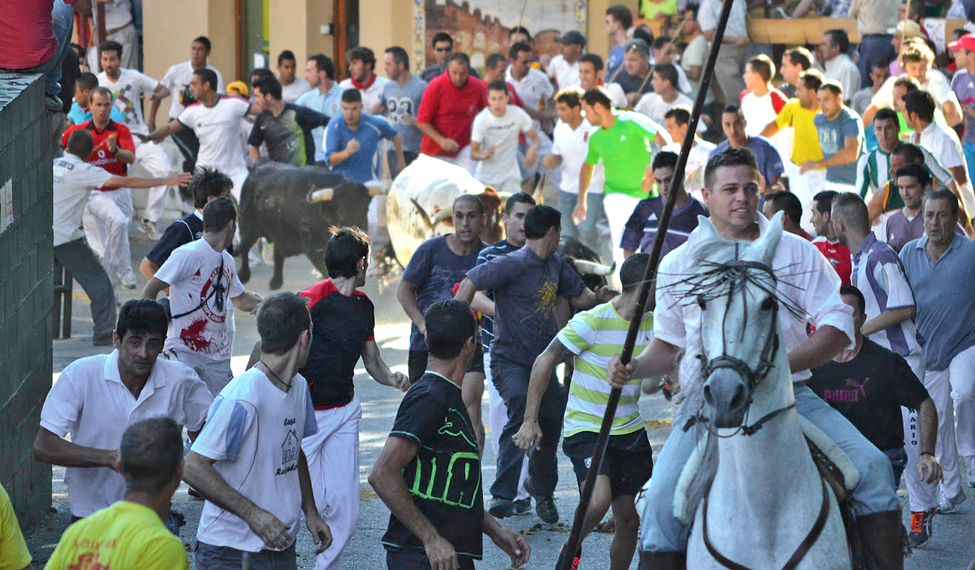 A bull run so classic that it has continued to be celebrated since 1584, making it not only one of the oldest in Spain, but also that which remains the most faithful to the origins of the celebration. At six in the morning, after the signal shot, the herd leaves from the Bullring to run through the streets of Brihuega, following the runners in front of them. Outside the city, the mounted horsemen, with their traditional switches, wait for them to take them to the nearby hills, followed by the crowd, who enjoy the festivities in the countryside. They won’t return to Brihuega, to the corral in the plaza de San Felipe, until the early hours of the morning. Then, the next morning, the seventeenth, they will return through the streets of the city to arrive at the Plaza de Toros, where they might also let loose a heifer, or a bull, for the entertainment of the attendees.

16th of August, release of the bulls to the fields. 17th, running and round-up from the Plaza de San Felipe to the Plaza de Toros.

Running with the bulls is an exciting experience, but dangerous. It requires one to be in good physical form and, in the case of inexperience, to be prudent and observant of the local runners. The sense of danger may disappear in the open field, but you must not let your guard down, keeping very alert to the possible approach of an animal where you may least expect it.