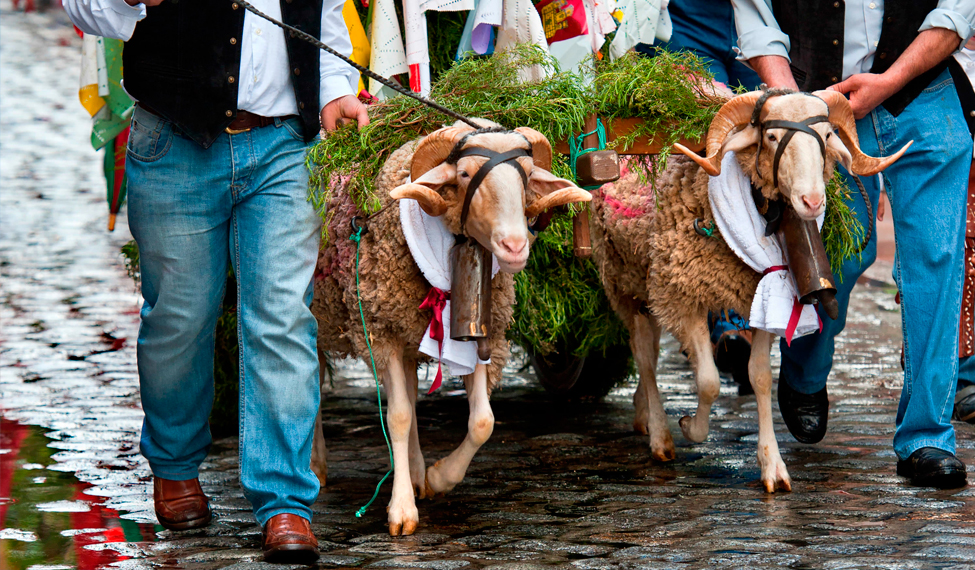 The Festival oflas mondasis possibly one of the oldest festivals relating to bulls that exists in Spain, as is demonstrated in its Roman origin: themunda cerealis(pure cereals/grains) was offered to the goddess Ceres coinciding with the arrival of spring. The rite was Christianized in the year 602 A.D. The Visigoth king Liuva II gifted an image of the Virgen del Prado to the city, to which now the offerings are made. In the 16th century, a law was written to unify the festival, which also came to be called “festival of the bulls”. Currently, a large part of the Roman rituals are still preserved.

It begins the Sunday following Resurrection Sunday, and for one week it includes a great variety of festive events, from popular neighborhood parties or concerts and races of giants and carnival heads, to runnings of bulls and round-ups. Among all the acts, the highlights are Opening Speechesde Mondasand Flower Log, as well as numerous Great Court of Mondas, that goes from the Plaza del Pan until the Hermitage of the Prado, composed of the mayors and locals of all the towns of the Talavera region, who attend with their ownmondasand wagons, dressed in the typical costume of each locality and their obligatory gifts.

Through the streets first, and later in front of the altar of the Virgen del Prado, the locals from Talavera and the region give their offerings of the first fruits of the harvest to the Virgin, as they previously did to the goddess Ceres.

The parade routes its way through the Plaza del Pan, Calle Palenque, calle Luis Jiménez, Portiña de San Miguel, Portiña del Salvador, calle Marqués de Mirasol, Cañada de Alfares, Calle Prado, Jardines del Prado and Basílica de Nuestra Señara del Prado. It is a good idea to select a spot and arrive to take your place well ahead of time to be able to see the whole parade in all its splendor.