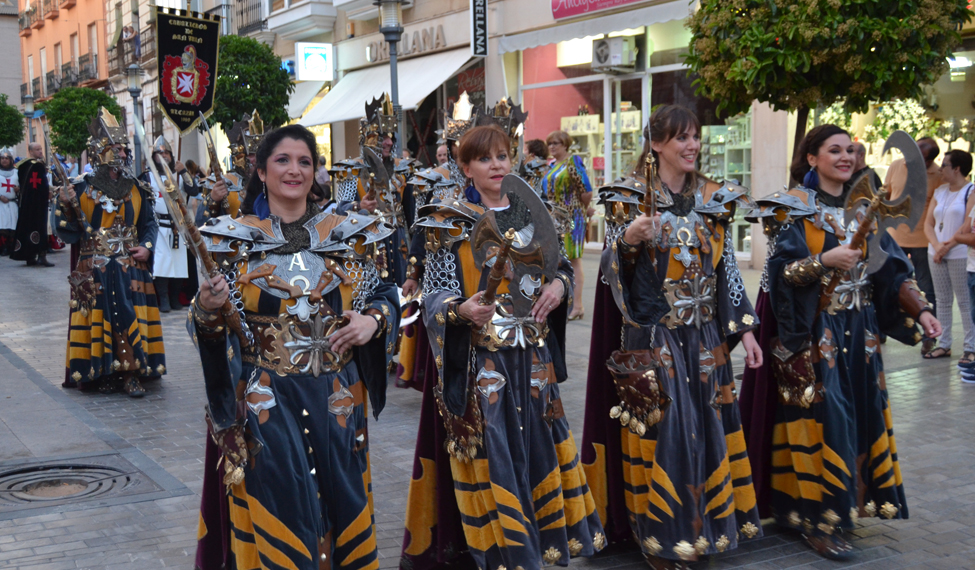 Alcázar de San Juan fills up with music, color and gunpowder to retrace, within a festive atmosphere, the Reconquest times.

Everything starts with the Vigil of Arms, an almost exact re-enactment of the nomination ceremony of the applicants to join the Order of Knights of the Hospital of Saint John of Jerusalem. In it, a large number of actors and extras take part, and includes an itinerary around key places within the Arab Alcazar.

From then on, during all these days, the municipality becomes a stage in which documented medieval representations and outstanding parades are dramatized: Saint John Knights, Templars, Cadí Hosts, Corsair women, Archer women, Almoravids, Janissary, Almoraimas, Order of Montesa... go through the streets with a proud bearing and magnificent apparels, offering a grand show.

Among the events not to be missed, Moorish and Christian Entrance, the Climbing to Don John of Austria Turret, the Nomination Act of a Christian Knight, the Harquebus Firing, the fight between both factions and the GrandMascletáof fireworks.

You will of course find the picturesque Medieval Market, located at Santa María square, which will take us to the daily life on Alcazar citizens during those times. Medieval dancers, musicians, jugglers and buffoons entertain the visitors.

The closest weekend to June 24th, coinciding with Saint John the Baptist festivity.