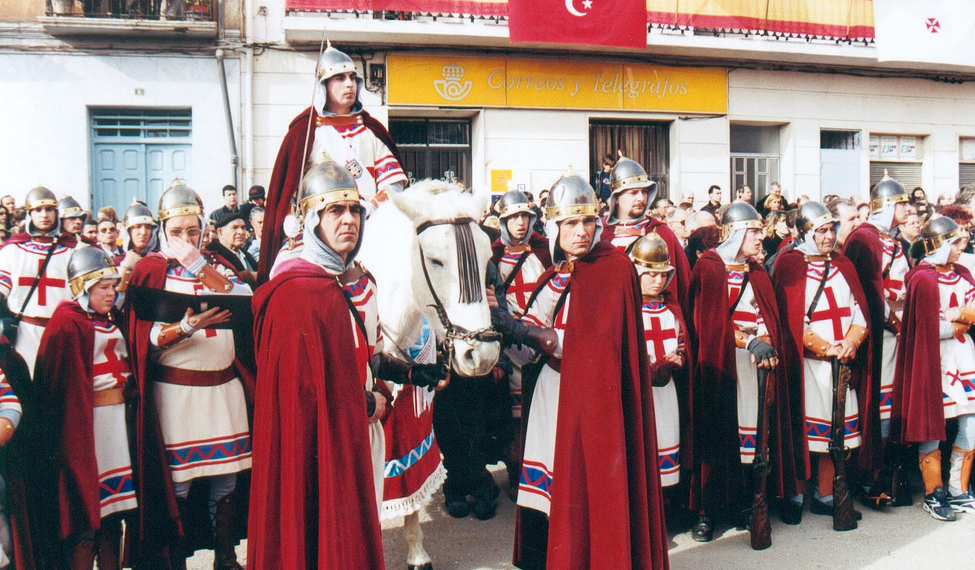 Since 1496, Verdura square witnesses the festivity start in a breathtaking silence. The one that precedes the First Encounter: Moors & Christians battle, perfectly portrayed, to posses the image of the Holy Child, in which the second are the winners. Boasts, taunts and mockeries out loud among the contenders. At San Marcos street the Second Encounter takes place, with Christian defeat and gunpowder racket. In the Third Encounter they dramatize the regret of the Muslim general, and the forgiving embrace of the Christian one. Afterwards, once the mass has been said, the Christian general delivers the traditional pep talk to the citizens, the running around with the flags and the thunderous uproar of the salvo with which the event ends.

Tasting the traditional stew for this festivity is a must: partridge, dove, pork sirloin, boiled potatoes, boiled egg, tomato and hot sauce. Walnuts and a mug of wine along with it. The perfect feast after a battle.