Description of the party Festivity of the Holy Pledge | TCLM

Festivity of the Holy Pledge 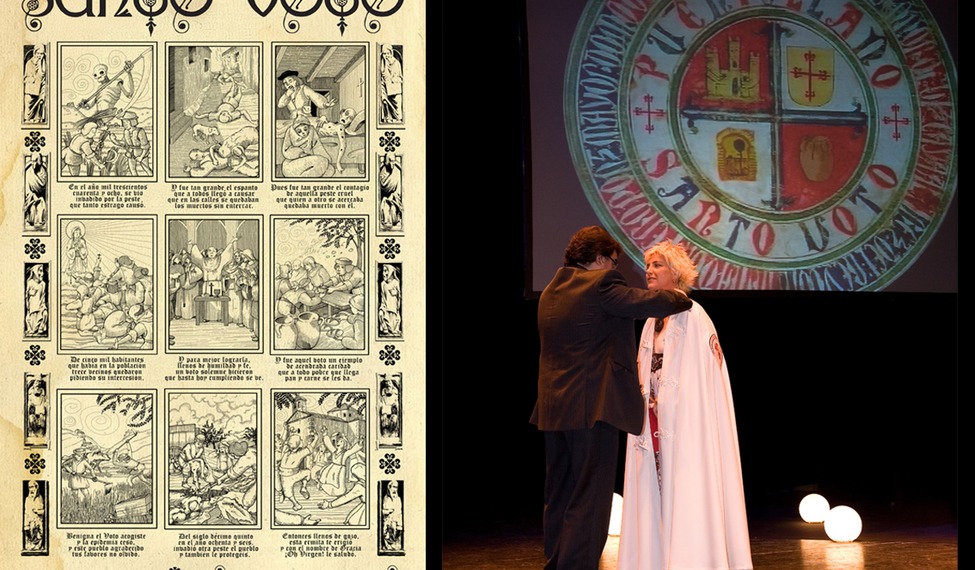 The massive bubonic plague epidemic that ravaged Europe in the 14thcentury and killing off a third of its population, left only thirteen families –seventy five inhabitants- in Puertollano. The survivors swore under oath to hold in perpetuity the Holy Pledge, a celebration consisting of a communal meal in honor of the betrothal of the Virgin and Saint Joseph in which they asked for their protection.

Nowadays, after more than 600 years, it keeps being held. Although one of its main moments is the preparation and sharing out of the Holy Pledge stew, Puertollano has rounded off its celebrations with cultural and festive events such as medieval markets, and the nominations of knights and dames of the Holy Pledge, among others.

With the arrival of a new epidemic there was a second pledge in 1489. The residents marked the place where they would erect a new hermitage for the Virgin, a fact that stopped death. Already in the 18thcentury, it is said that the coachman of the Duke of Medinaceli, who had visited the municipality and eaten with the locals, got over the plague thanks to a roll from the Holy Pledge stew.

Thursday after Ascension Octave (48 days from Easter Sunday), with the sharing out of the Holy Pledge stew.

The excellent rolls that are part of the tradition are shared out on Friday morning among all the locals, even among the visitors who would like to taste them.