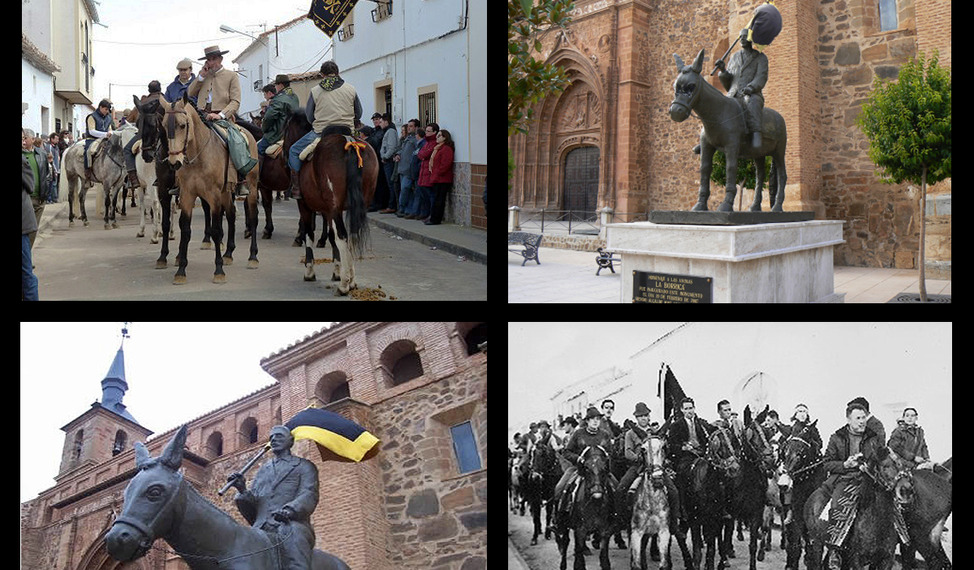 Horsemen from Torrenueva celebrate on horseback an old rite, prior to the 17thcentury, in which brothers -soldiers beg for the souls in purgatory. Leading figure is the flag bearer, a local committed to place the Flag at his house window or balcony on Shrove Tuesday, by the first soul call. He will take it off at 2 in the afternoon, second soul call, bearing it in his hand on a horse. The entourage of horsemen goes along –originally on mules and donkeys, thus the nameborricá(herd of donkeys) - accompanied by a tabor. From then on, they go around Torrenueva streets, collecting alms, which they give to the parish priest at the end of the day, during a ceremony where horses, the baton, and the people taking part, play an important role.

The flag bearer’s house shows a soul flag with skull over black background. Especially in this one, and in each one along the itinerary, the visitor is offered typical desserts from La Mancha - doughnuts,ojuelos(fried pancakes), sequillos (a kind of cracknel) – likewise profiteroles and "limoná" (white wine, sugar and lemon).