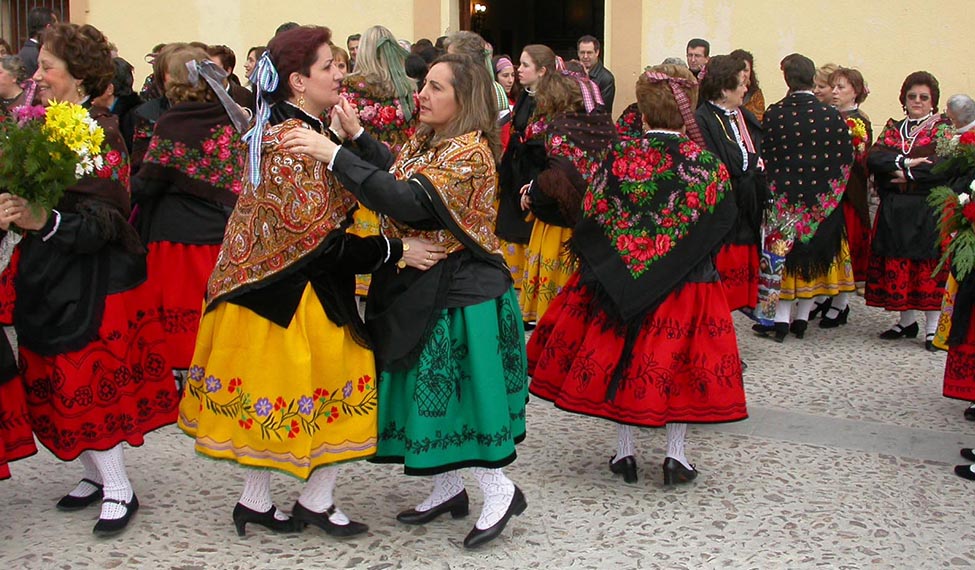 During Santa Águeda (Saint Agatha) festivities, in Cogolludo, women rule. And it is not a joke. As a festivity before Carnival, a tradition started in which women exchanged roles with men, revolting against the exclusive masculine power in society. This is the reason why the municipality appoints annually two mayoreness for one day, one chosen among locals, and the other chosen among the most relevant Spanish women. Although not everything is orders. Attired with the regional costumes typical from the mountains, women share the "Santa Águeda bread" with everyone, nowadays turned into doughnuts. Yummy!

Processions, music, dancing and some other celebrations round off the festivity.

At Santa María church we find a pleasant surprise: the oil paintingChrist before Crucifixion, by José de Ribera El Españoleto ("the Little Spaniard"). Most of this painter’s work was carried out in Italy, but he even came to influence Velázquez and Murillo, becoming a role model for subsequent painters such as Manet or Henri Matisse. A must to go and visit it.