Description of the party Easter in La Roda | TCLM 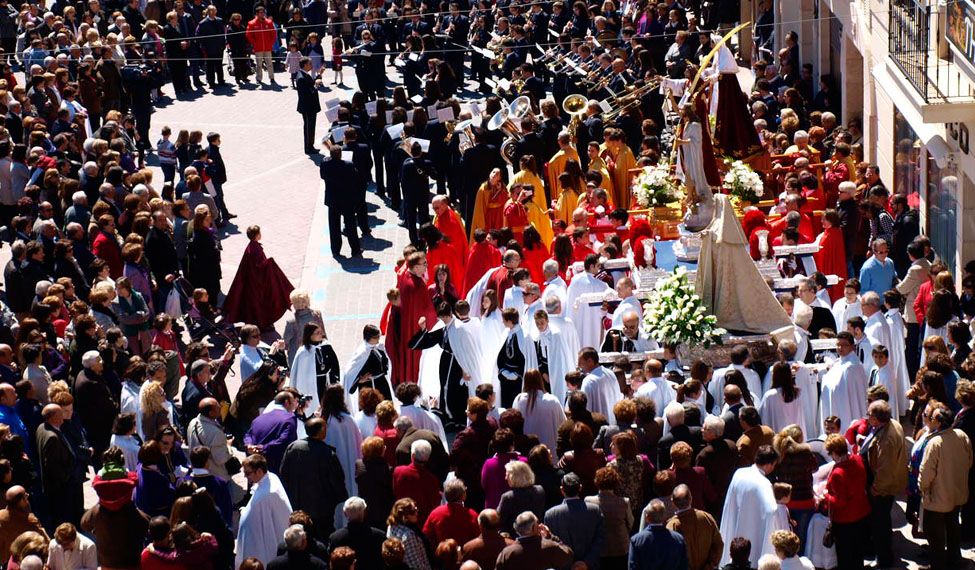 The origins of Easter in this municipality get lost in ancient times. As it is indicated in the book by Inocencio Martínez 'Something about our village', "although it must have been from a much earlier time, the first documental news in La Roda dates back to 1594, in which the doctor Benito de Piqueras stipulated in his will to be admitted posthumously in the Sangre de Cristo brotherhood, which was located in San Sebastián hermitage."

Easter threshold in La Roda is closely related to the first passion brotherhood founded in La Roda, and the only one until the 20thcentury: Jesús Nazareno, which until the 18thcentury was called “Hermandad de la Sangre de Cristo”. It is impossible to date its founding and thus Easter tradition in La Roda, but we do know that the first document on record so far where it is mentioned is dated at the end of the 16thcentury.

It will not be until the 20thcentury when by the hand of the priest Servant of God D. Fernando Pastor de la Cruz (in process of beatification), another three new brotherhoods were founded in the 20s and another four in the 50s in the same century. We had to wait for the 21thcentury, in 2012, to see the birth of a new brotherhood, something that had not happen since 1957.

As of today there are 9 brotherhoods that move directly more than 2,000 Nazarenes, as well as a higher and indeterminate number indirectly present, in a municipality such as La Roda, with 16,500 inhabitants.

Thus we can say that during Easter La Roda does its utmost for these centenary celebrations, as during the processional parades more than 15% of La Roda citizens get involved as Nazarenes, as well as a huge number of people that gaze at the processions along the itineraries, which vary between 1.5 km. and more than 2 km.

Declared of Regional Tourist Interest in 2015