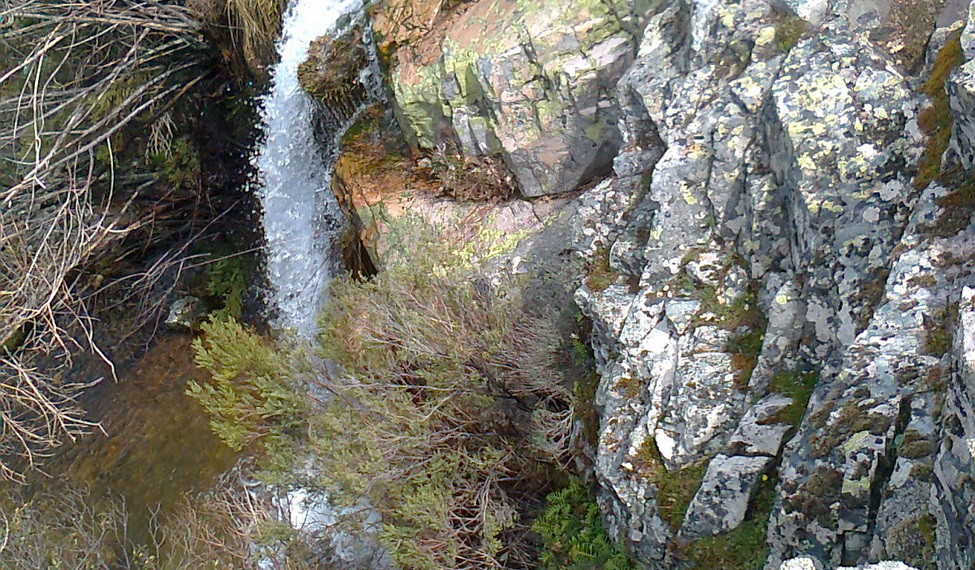 The Garganta de las Lanchas is a small wooded valley crossed by a stream that pours its waters into Gévalo river, protected by its valuable variety of species of flora and fauna, as well as its landscape interest, which highlights the presence of several waterfalls.

Declared "microreserve" in May 2003, with an area of 435 ha. It’s included in Natura 2000, being part of the Lugar de Importancia Comunitaria (LIC) (Communitary Important Place) and of Zona de Especial Protección para las Aves (Birds Area of Special Protection) "Montes de Toledo". It is also part of the critical area of the imperial eagle and the black stork.

Montes de Toledo are a chain of mountains with more than 200 million years. Ever since, more or less, in a remote corner of Gévalo Valley there is a nearly hidden valley where a good number of species of flora have found shelter. There is information available about the past climates and how they have naturally reached our days forming a small wild garden. Along the valley you can see various streams or cascades that hang down from the flat stones that give name to Garganta (gorge), over which the waters that enlightens the valley flow until Gévalo river. Even if the water hardly stops flowing all year round, it is logically in the rainiest times when these waterfalls offer its best side.

The most curious fauna species in the valley is the Iberian emerald lizard (Lacertaschreiberi), a species that is only known in Montes de Toledo and Sierra de Ayllón. It is not easy to see it, but if you are lucky, it is not difficult to recognize it by the pattern of colors which gives it its name. You can also find great hunting fauna, roe deer, wild boar and deer, as well as large birds of prey like the golden eagle, the short-toed eagle and goshawk.

Among all the plant species that can be found in this space, perhaps the most rare and singular is an evergreen tree called Portugal laurel (Prunus lusitanica), related to cherry plums, rose bushes and similar species. This species is more than 50 million years old, from an era in which the climate was much warmer and more humid that the current one, similar to that one from some areas of the Canary Islands. When the climate was turning colder and drier, all species disappeared except for the most resistant ones, which managed to survive in specific areas with favourable characteristics, so precisely, for that reason, they are very scarce. Another unique species that are not abundant in the central area due to more humid climates are the yew, holly, birch and rowan. During the visit, the large vegetable formations that we will see are the oak grove, willows and thickets beside the bed of the stream, where it is also interesting to see the great variety of ferns. Some patches of pine forest of reforestation are also visible.

The visit is free, although you must request permission to go in groups over 20 people or if visits organised by enterprises are going to be done.

The nearest municipality is Robledo del Marzo, which is reached from Toledo by CM-401. From the town, you can access the micro reserve by TO-1089 road. Through the town of Las Hunfrías, next to the cemetery, there is a track leading to the valley.