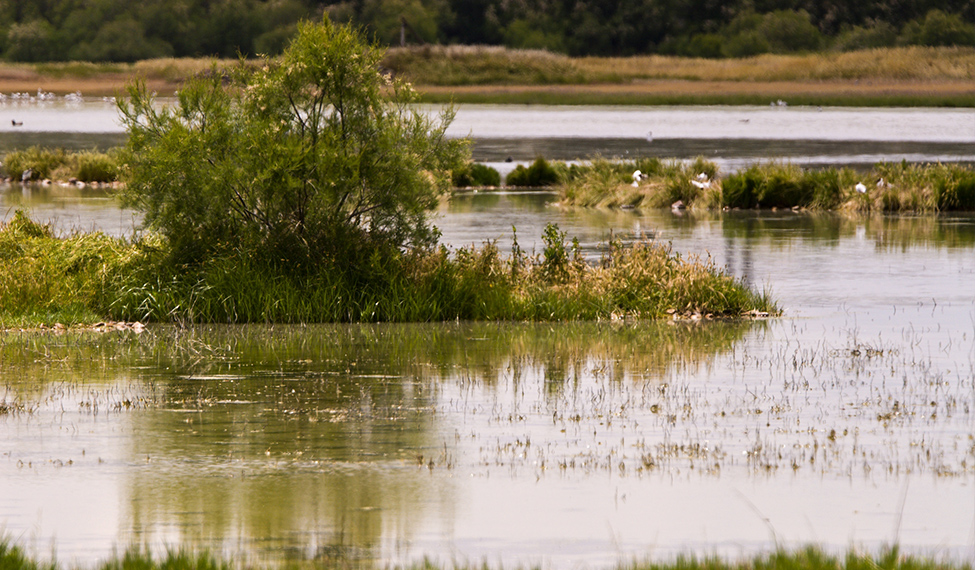 This is the most saline lagoon in the whole region of Campo de Calatrava and the one with more quantity of birds: Its noises can be heard from miles away! The properties of its waters caused that, in another time, they were sold as medicinal waters. With seasonal character and without exit to the sea, it was formed from the drainage of the basin of Jabalón river.

The faunal interest of the area is mainly based on the waterbird populations associated with the Laguna del Prado. The wader breeding birds community stands out, such as the black-winged stilt, pied avocet, Kentish plover, little ringed plover and little tern, all of them included in the Catálogo Regional de Especies Amenazadas de Castilla-La Mancha (Regional catalogue of endangered species of Castile-La Mancha). During the winter, Prado Lagoon hosts a number of importantanatidae, such as the mallard, the common teal, the mallard and the pintail. The presence of flamingos is also common.

The vegetation is typical of a saline lagoon, with interesting halophilic communities. Depending on the annual rainfall, this wetland shelters underwater meadow of charophytes and Ruppia drepanensis formations. As for the unique species of flora in this wetland, it is important to emphasize Althenia orientalis, halophytic aquatic plant of whose existence is known in very few localities in Castilla-La Mancha, included in the Catálogo Regional de Especies Amenazadason the "vulnerable" category.

Located just at 20 minutes from Ciudad Real, the nearest town is Pozuelo de Calatrava. You can get to it by the CM-412 road.