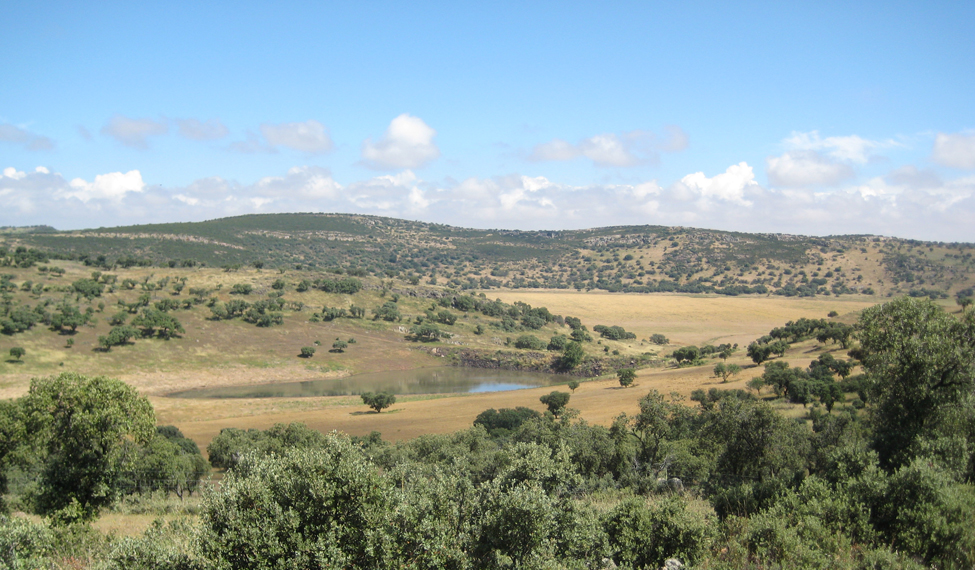 Occupying part of the municipalities of Aldea del Rey, Ballesteros de Calatrava, Pozuelo de Calatrava, Almagro and Argamasilla de Calatrava, Calatrava volcanic massif –with 3.763 ha. and more than ten volcanic formations of interest– is the most extensive and best preserved volcanic unit existing in the region of Campo de Calatrava.

The degree of nature conservation is pretty good, since the volcanic units are not excessively eroded, being possible to fully recognize all the volcano-structural elements: craters, lava flows, tuffs and maars rings.

Alternating areas of untouched Mediterranean forests and meadows in transition. The vegetation of the environment is composed of masses of Mediterranean scrub, accompanied by species such as the holm oak, the kermes oak, juniper or the reed in the wetlands. And very inhabited areas  crops and grazing (sheep and goats). There are more or less extensive communities of birds such as the hen harrier or golden eagles, which nest in rock areas of these volcanic soils.

In addition, lagoons or volcanic maars formations are areas of great biodiversity. Although they can remain dry for many years, these Mediterranean temporary ponds are a real reservoir of biodiversity, home for dozens of species fully adapted to these changing hydrological circumstances.

Between Argamasilla de Calatrava and Aldea del Rey. From this last population it is easy to access through roads CM-413 or CM-4111.

It is advisable to avoid summer months or times of excessive heat.