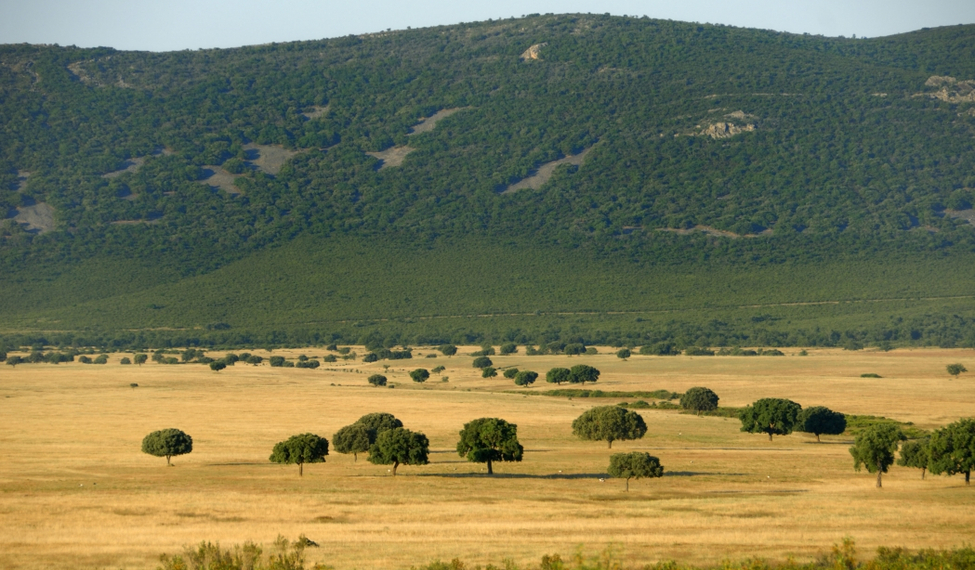 Cabañeros is much more than a national park: it is an unique place in the world. Because the great Mediterranean forest of Europe survives here, where visitors can still see themselves surrounded by the most threatened Iberian fauna, and see fossils that date of more than 500 million years. Its excepcional conservation allows visitor to enjoy the great Iberian natural reserve.

In its landscape of "rañas" –plains– and open forest, large mammals live, such as the Spanish ibex, the Spanish imperial eagle and the cinereous vulture, in addition to the red deer.  Its more than 1,000 plant species, its Ordovician fossils and the cabins of coal miners (carboneros), which give name to the park, are only a small part of its appeal.

It is essential to organize our journey from one of the visitor centres.  Any season is suitable to visit Cabañeros, with dry and hot summer, and cold and wet winters.  It is an ideal place to visit with children, and for whoever that wishes to be in touch with Nature.