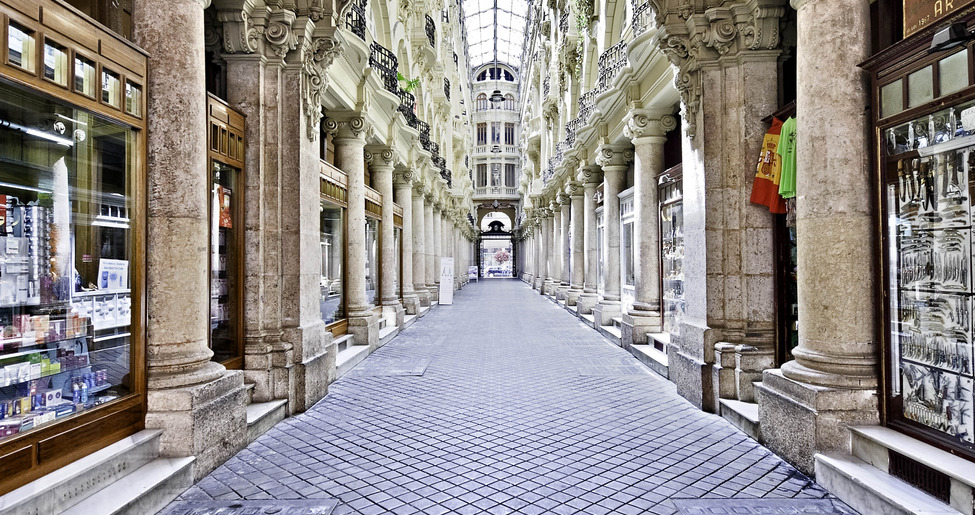 Albacete is located to the Southeast of the Central Meseta, in the La Mancha de Montearagón region. It is a modern capital and one of the most important hubs of communication, commerce and industry in the country.

The image that the traveler who decides to pause in its streets could take with him or her is that of a modern capital: a happy and bustling city with large spaces for the passer-by, with many pedestrian streets, as well as innumerable parks and gardens. Albacete finds itself among the cities of more than 100,000 inhabitants with the lowest presence of contamination in all of Europe. Being flat and the elimination of architectural barriers has made it one of the most accessible urbanizations.

As evidence of the industrial and commercial importance in the city we see the Barrio de la Industria (industrial neighborhood), born as a consequence of the growth of the city. As well as the Pasaje Lodares, a commercial and residential arcade, an example of the modernist architecture from the beginning of the 20th century. If we focus on the artistic heritage, we can’t leave without seeing the Cathedral of Saint John the Baptist and the Circus Theatre, the only one in Spain and declared an asset of cultural interest.

The city also has innumerable festivals and traditions, among which the Albacete Fair stands out. It has been declared of International Touristic Interest and is celebrated the 7th through 17th of September in honor of the Virgin of the Plains (Virgen de los Llanos).

The Lodares passage was constructed in the image and likeness of the commercial galleries that still exist in Italy. Its iron and crystal ceiling is a large skylight that joins the streets of Tinte and Mayor. Inside we see allegorical figures that represent Industry, the Richness of the Earth, the Poetic Arts and Liberal Arts; in addition to numerous heads of Mercury, god of commerce. The Cathedral is a Renaissance-Baroque work, declared as such when the Diocese of Albacete was established in 1949 and whose construction dates to the 16th century.  It joins different architectural styles: inside neo-medieval, front door neo-Romanesque; western facade neo-Gothic, among others. In the chapel dedicated to the Virgin of the Plains we have an interesting ribbed vault with lanterns and in the sacristy some beautiful painted murals of the same century. Finally, the Circus Theatre, inaugurated the 7th of September of 1887 with a capacity of more than 1,000 people. It has a neo-mudejar style, but it has been reformed on various occasions. In 1993 it was acquired by the City Council as public heritage and they began the last rehabilitation projects. Currently it hosts all kinds of performances.