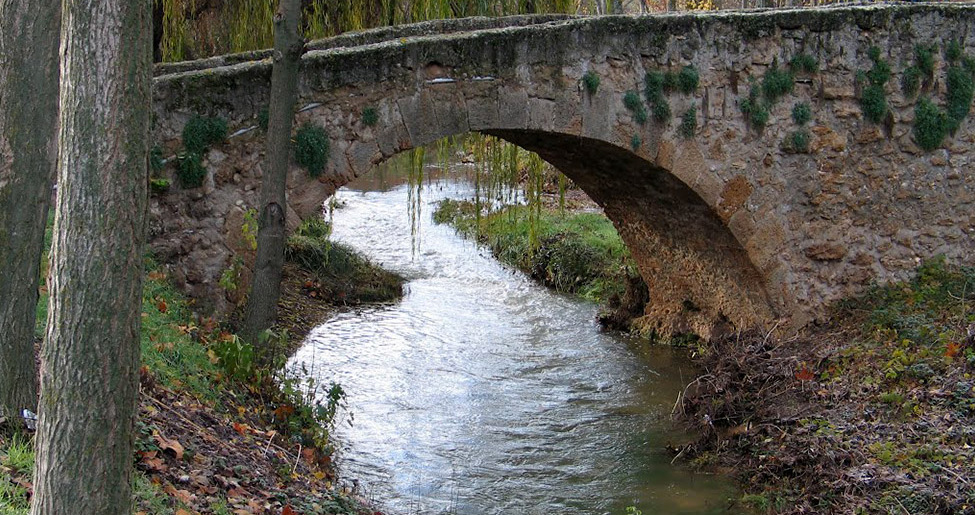 Albalate de las Nogueras is situated at the top of a hill, formed by the confluence of the Trabaque River and its tributary, the Albalate. During the Early Middle Ages the town was a Berber settlement and decades after the Christian Reconquest the church of the Assumption was built, seemingly over an ancient Arab mosque. The structure of the town is centered around a street that ends in the Main Square, forming an interesting ensemble of medieval roots and popular tastes.

The stately mansions alternate with traditional houses throughout the steep streets of this town. It is worth taking a stroll and getting lost in them. In the houses we’ll see examples of the Baroque and Renaissance styles.

With regard to the church, its style belongs to the period of transition from the Romanesque to the Gothic, 13th century. Still standing is the ashlar nave, its two entry doors, and its magnificent bell gable. Get your camera ready for a marvelous collection of brackets that we’ll find in the eaves with zoomorphic, anthropomorphic, and plant motifs. It was declared a National Monument in 1983.

Another of the touristic attractions in this town are the wine caves, of great historic interest and with regard to the landscape. In them, the tank, the basin, and the earthenware jars to store the wine are kept.