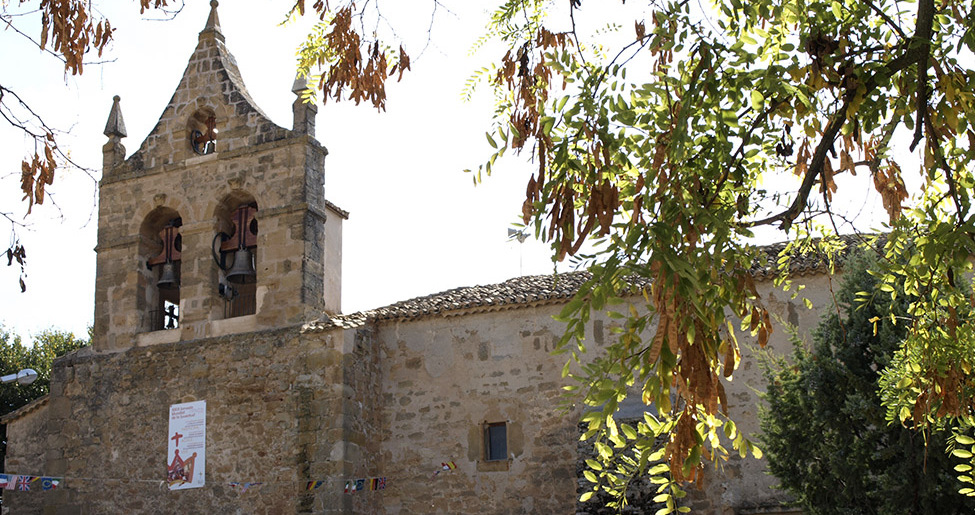 This small town of Cuenca is located in the Alcarreña plains and offers those who visit beautiful spots marked by the landscape of the Guadiela River. One of these is the parish church of Our Lady of the Assumption, declared an Asset of Cultural Interest in 1992. It is a church of Romanesque origin, 12th century, and has gone through various transformations since its construction. A little bit outside of the town, in the region of Llanes, are the ruins of an ancient Roman construction.

The church preserves the floor plan of three naves, semicircular apse with window, and the two entry doors. In the church of the Counts of Marañón we can see a marvelous altarpiece, an anonymous work, dating to the 1540s. Its style mixes the Plateresque relive work, Italian influences, and Nordic expressionism. Experts consider it one of the most valuable altarpieces preserved in the Cuenca area. Walking through the meadow of the Guadiela, we find the ruins of a late Roman mausoleum, dated between the middle and the end of the 4th century and also declared an Asset of Cultural Interest in 2004. The hermitage of paleo-Christian origins was later converted into a Romanesque church. The most unique element is the Greek cross crypt with an altar and its baptistry, covered by whitewashed, brick barrel vaults.

On the way to the town, don’t forget to make a stop to enjoy the interesting cave-refuges of Berber origin.