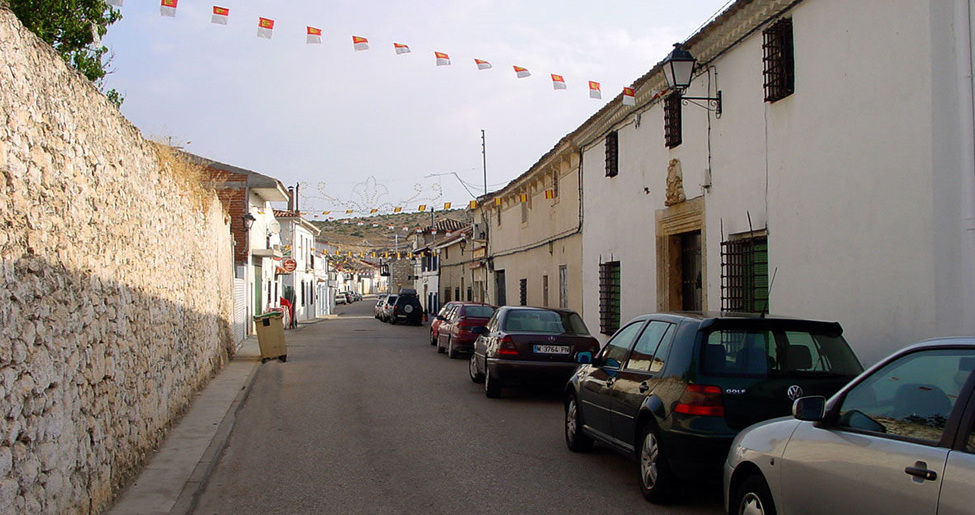 Almodóvar del Pinar was one of the most important villages in Spain in the 18th century. Known as the “village of the wagons”, it was dedicated to the transportation of merchandise. Those who come here will realize that the Roman legacy is present in its urban complex for its grid structure with three streets that run North and South and cut others perpendicularly. To the North is the Plaza of the Church, the nucleus of the town. At the foot of the Castillejo Hill, two turrets of the ancient fortress are preserved and a damaged water deposit. Now, to highlight the most important buildings, we must name the parish church of the Assumption, the Church of San Vicente Ferrer, from the 18th century, and the town’s stately houses.

We begin the walk through the Main Square, Neo-Renaissance style, originally fortified, as the meaning of the Arab term “almodóvar” indicates. It still has two lime-and-pebble cylindrical constructions that are the remains of the small Arabic fortress and which nowadays houses the City Hall. If we continue on, we will see the noble houses that are still preserved, beautiful examples of traditional architecture, with gabled roofs, wooden balconies, and lovely lattice work. Upon arriving to the church of the Assumption, with a Latin cross floor plan of only one nave and rectangular presbytery with chapels on the sides, we will see in its exterior the octagonal dome. Inside, the church the Romanesque baptismal font and Baroque-Galician main altarpiece stand out. Finally, the church of San Vicente Ferrer, recently restored, is highlighted by its precious Baroque door with free-standing columns that support a curved pediment divided by a niche.

The hermitage of Our Lady of the Snows, where we find the Alcove of the Virgin and a cupola decorated in 1684 with Biblical passages.