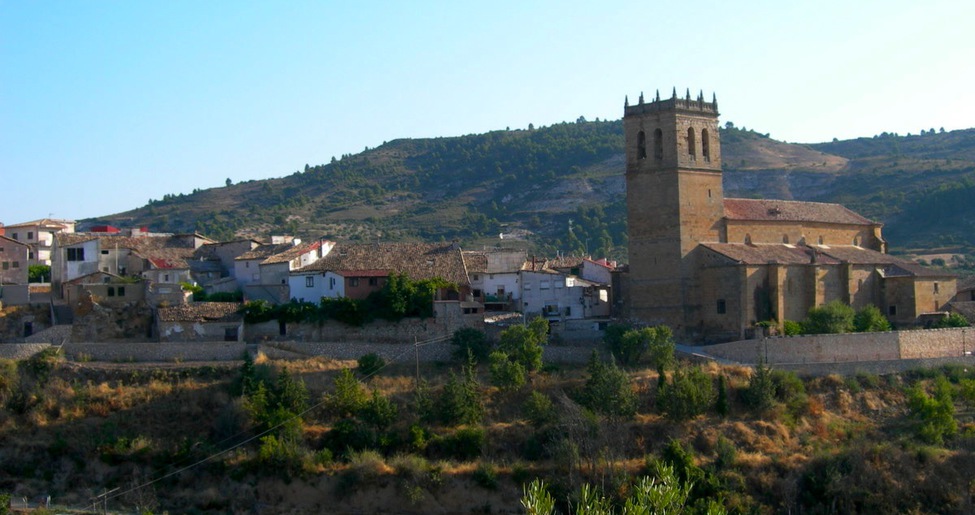 Auñón is an important town of la Alcarria located 48 km from Guadalajara. The arrangement of its streets and houses display a clear medieval structure, and among its buildings some constructions stand out that date to the 16th century. The most beautiful aspect of its urban complex are the houses that hang over the valley that surrounds the town. Without a doubt, seeing them makes this place fascinating in the eyes of the visitor. The council house and the church of Saint John the Baptist are also highlights in this town.

The City Hall is a typical building of la Alcarria, two floors with blind arcades on the ground floor, and the upper with columns and wood footings that support its open balcony. Above the roof, crowning the building, a large clock. In all, an authentic noble building that makes the locals demonstrate their pride to those who come to visit. Likewise, they are proud of the Plateresque church, declared an Asset of Cultural Interest in 1992, where on the door we can see the coat of arms of the Order of Clatrava. The building is a clear example of the late Gothic, divided in three naves separated by thick pillars to which numerous little columns are joined. Its main altar, Renaissance, had to be repaired after the aggressions suffered at the beginning of the Civil War.

Access to the church is open to the public. To visit the City Hall, ask in the town.

Visit the bridge of medieval origins that crosses the Tagus River. It was destroyed and re-built various times, but it still maintains its old charm.