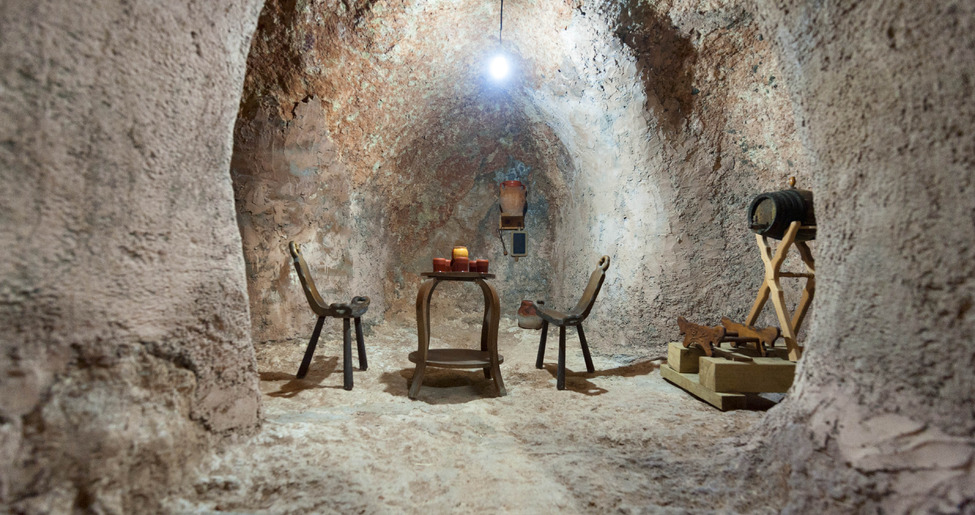 The heart of Hita hides part of the wealth and uniqueness of this village of La Alcarria region. Under the historic centre, a network of corridors can be found, which is part of the famous wine cellars, inside caves from the Middle Ages. Many of them belonged to  famous Jewish families from Hita

Some of the wine cellars could be visited because they belong to the town hall, which organises its visit. The access is  through the houses. They consist of a gallery or a straight or curve tunnel with a vaulted roof and side niches that are home to the large wine jars. In many occassions there are brick arches in the galleries to reinforce them.

You can access to the cave-houses through a  rock or clay wall where the entrance door and a small window can be found. The inside is distributed around a central corridor which provides access to the different rooms: the kitchen with the cooker, bedrooms and stable at the back.