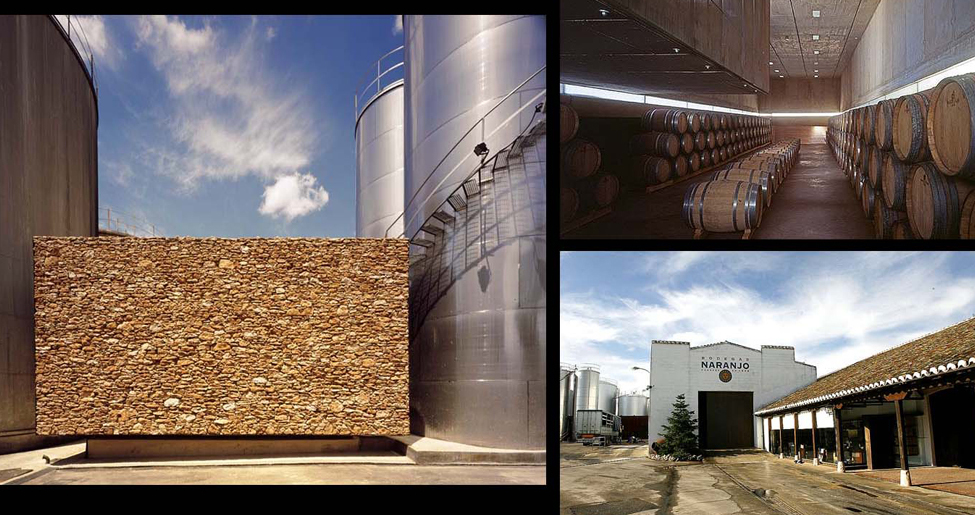 In Campo de Calatrava, we find Carrión de Calatrava, crossroads and defensive strategic position. Traces of the industrial activity remain here due to its importance in the Islam period and the later consequences.

There are different buildings which show us the old industrial bustle. La Casa Zaldívar, where the granary stands out. The group of flour mills in Calatrava, of which three are in poor conditions; but the one called Maldecino still has two buildings and a bridge which was used as a place of transit and a dam. However, without any doubt, the wineries are praised due to its industrial activity, which is still active from its construction in the 19th century to present day.

The Naranjo Wineries, founded in 1898, have mantained its activity from its founding. There we can observe the wine evolution and production, since the building of the large earthen jars from the 19th century is intact. Alongside these jars, there are others which had to be added in the 20th century. We can also observe the last-built place, the ageing room, built in the 21st century. The wineries are a place of wine worship where people have the possibility of enjoying wine tours, with guided visits, exhibitions or tasting courses.