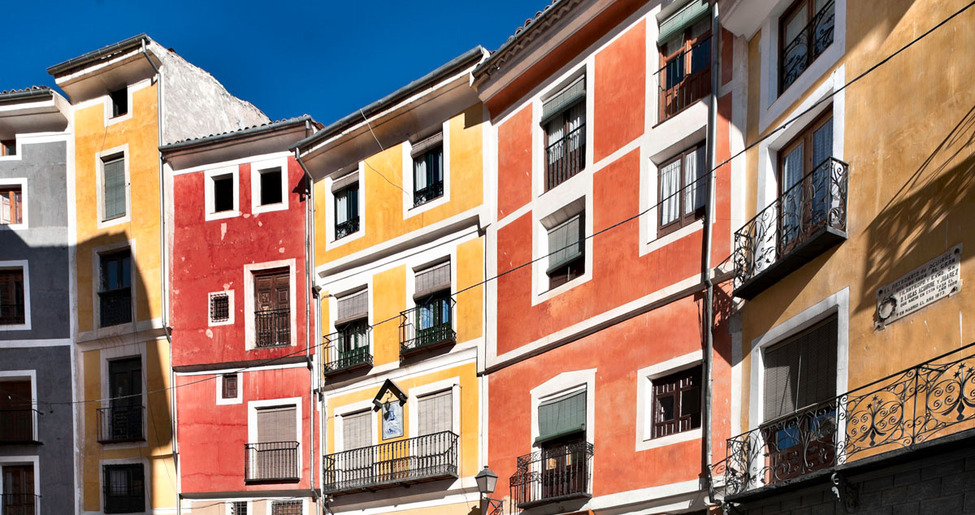 From the main square, calle Alfonso VIII street descends filled with colour from the façades, with three or four different heights; there are entrance doors to the high-rises that grow on the other side…downwards, lodged in the rock. Its current appearance is due to refurbishments that were made throughout the 18th and beginning of the 19th century, because before it was a much narrower street. Due to it being a main street, the palatial constructions couldn’t go a miss and in the lower part of the street, we find the house of the Clemente Aróstegui family from the 17th century which adapts its façade to the bend in the road; the house of the Chief Magistrate, which has a palatial façade and strong back facing the San Marín quarter; and the house of the Mendoza family which is now included in the Science Museum of Castile-La Mancha.