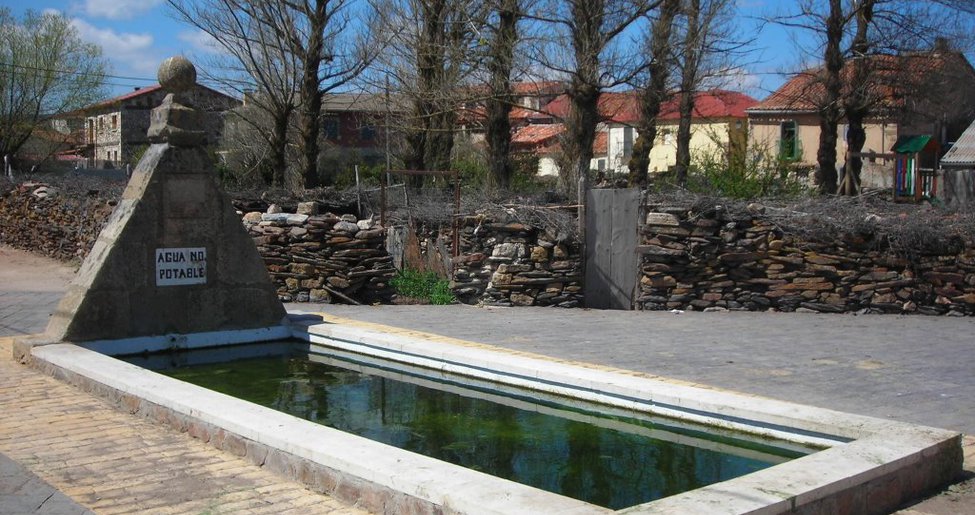 Cantalojas lies in the limestone plains of the Ayllón mountains, surrounded by the Tejera Negra Natural Park, the material of the ground and its constructions whitens the slate landscape in the surrounding areas. Typically highland, it is structured with wide streets and squares and stone manor houses decorated in crests.

The El Portalón site whispers to us about its remote past: in its storages we see the trace that man left as a display of his expression using Levantine art.

The spot of El Castellar on the river Sorbe follows the historical narrative of the area with the remains of a castle that could date back to the 12th century.

A Romanesque style is also embedded on the most emblematic religious buildings such as the chapel of Nuestra Señora de Valdeiglesias y San Pedro.

The Natural Beech Park of Tejera Negra, on the west and adjusted by the river Lillas and the river Zarza, constitutes a special microclimate and tourist appeal, especially in autumn. The season dyes the beeches a reddish, ochre colour, the light filters through the leaves that threaten to gradually fall. After changing their colour and losing the petioles on the branch, they come away, turning the ground into a squashy rug of octobers and novembers.

Cantalojas seeks us out and pushes us along its naturally contrasting paths.