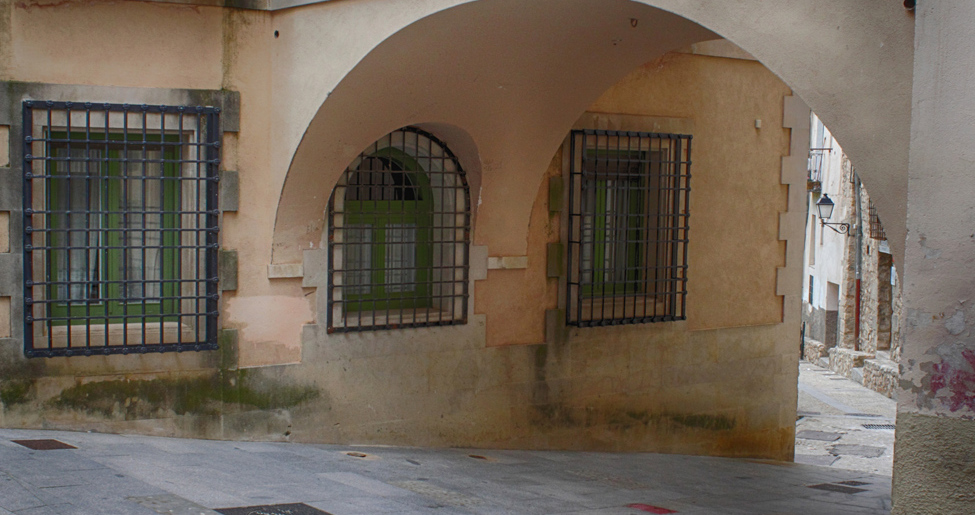 It appears that they originally were part of the same building, nowadays however, not only are its physical boundaries evident but also its appearance is almost opposing although with a common basis.

Regal and modest, the Rejas house has a mysterious appearance. Built in the 16th century, it is a dark, compact building without many decorations on a façade that exudes nobility on its emblem and its authority on the railings that give it its name.

The San Juan inn has a pleasant and hospitable appearance; the colour of the façade, the cornered shield and even the fact that it looks out onto two streets, they speak of a different type of character in accordance with its function of inviting people into the lodgings.