House of El Cid in Tierzo 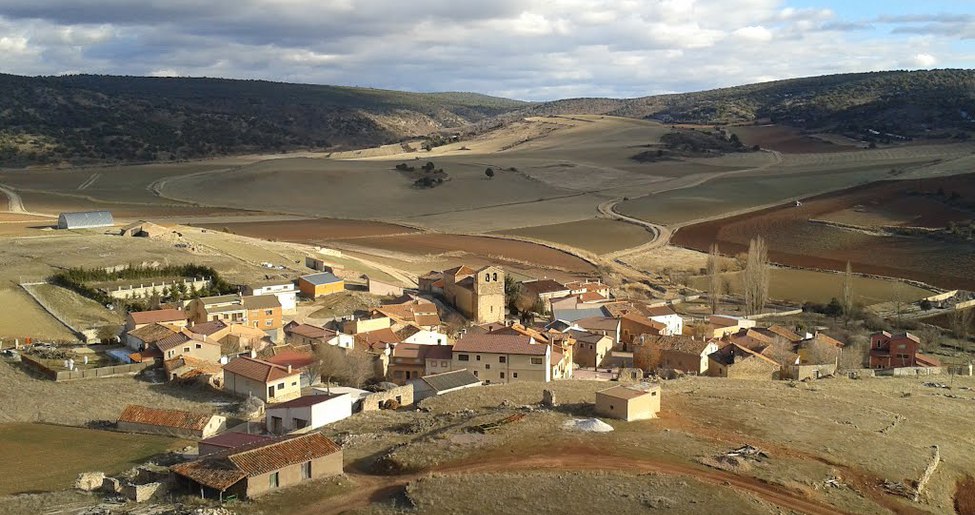 This town is part of the Señorío de Molina region and is located on the right side of the Bullones River. Just over 150 km from Guadalajara’s capital, the municipality forms part of the Cultural Route “the Way of El Cid” and also boasts at its end the beautiful landscape of las Salinas de Almallá. The most important building of Tierzo, and the main attraction for those who visit, is the House Fort or House of El Cid, in the Caserío (farmhouse) de Vega de Arias.

The House of El Cid was declared an Asset of Cultural Interest in 1975 and it receives this name due to its situation along the road that Don Rodrigo followed on his way to Valencia, in the prairie of the Bullones River. The building, from the 13th century, is surrounded by an open space fortified by buttressed walls and an entrance by way of a pointed arch. At the doorway of the two-storied house, we can see various narrow windows by which the light streamed into the interior rooms and the remains of a coat of arms, barely recognizable nowadays.

Inquire at the City Hall regarding the conditions for visiting.

In the town church, dedicated to the Nativity of the Virgin, the paintings that decorate the ceilings of the temple are interesting. The barreled vault that covers the only nave of the church presents a painting of an Apostle in the center of each one of its sections and in the last, covered by a dome supported on pendentives, we can see the Evangelists. The church was constructed in the 16th century and also has a main altarpiece form the 17th century with a beautiful relief gilded with the Nativity of the Virgin and another four Baroque altarpieces distributed throughout the nave.