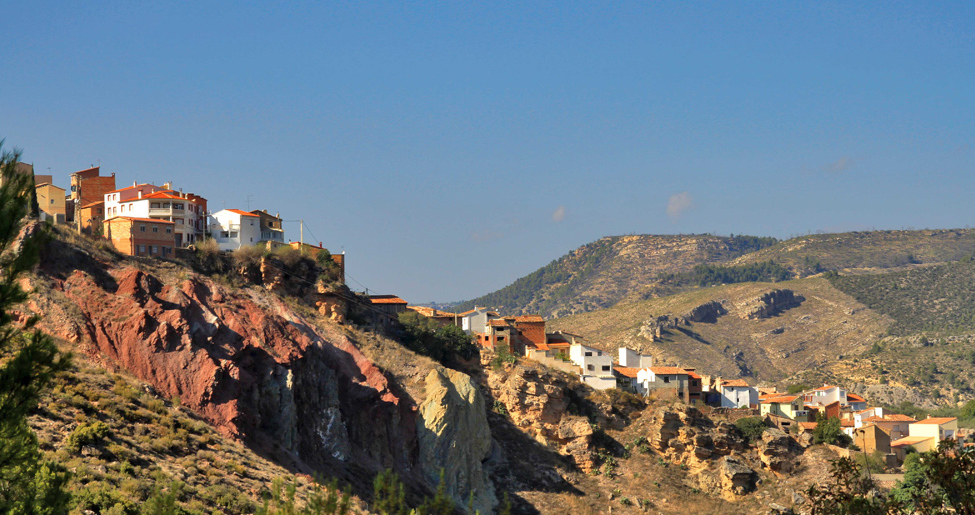 In the low-Sierras of Cuenca, entering between Valencia and Teruel, on top of a small meseta, we find the beautiful town of Santa Cruz de Moya, surrounded by ravines and meadows, which only serve to extend the line of its horizon. Within its municipal district, we should highlight the whole of its urban center, characterized by its narrow streets are adapted to the sinuous shapes of the uneven terrain, and among its most traditional buildings, the house-palace of the Curate.

We recommend that visitors walk through the long streets and alleys of Santa Cruz de Moya while enjoying the traditional houses that are still preserved. These have the particularity in that, due to the uneven terrain, depending on the street we are on they could have two or three levels on one side and four or five on the lower street. This characteristic is even more noticeable when seeing them from far away, so we recommend finding a place to stop on the N-330 road when leaving town, and taking a look from afar at the houses poking out of the hillside.

Coming back to the town, we will focus on the Plaza, where we’ll find the house-palace of the Curate, dated 1602 according to the inscription on one of its beams. It has two levels with a central balcony and small, carved brackets that support the projection of the second floor. The unevenness between the plaza and the back street is corrected thanks to its three basements.

The urban areas are freely accessible. For the House of the Curate, inquire at the City Hall.

During the time of the Civil War, this town was territory of the Maquis. As a reminder of them, in the outskirts of the town we can see the National Monument to the Spanish Guerrilla, located at the edge of the old national road 330, now the CM-215. Every year they are honored on the first Sunday of October, and the Day of the Spanish Guerrilla is celebrated, during which there are also Seminars about the Maquis in which politicians, filmmakers, writers, researchers, etc… participate.