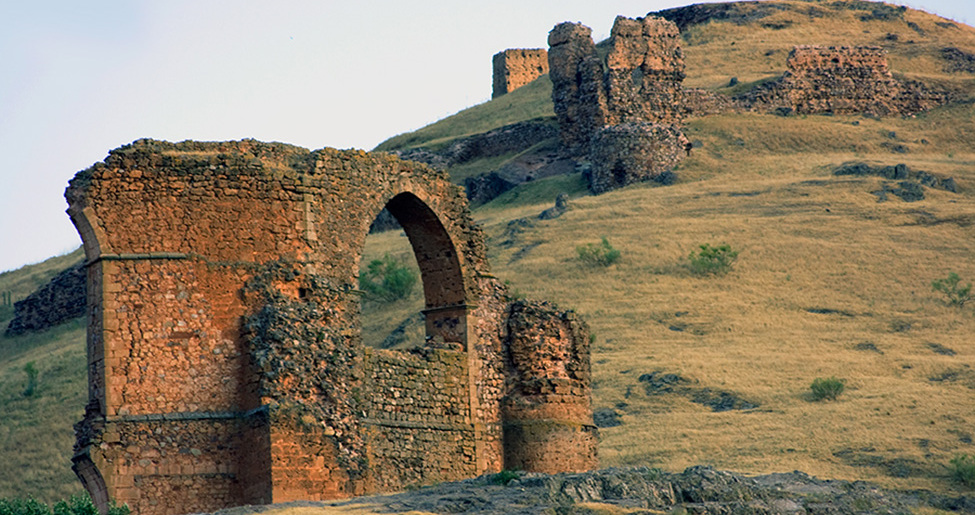 Five walls and four big gates give an idea as to what the fortified citadel of Alcaraz, a strategic point between the Kingdoms of Murcia and Granada and the Mediterranean, was like. Its interior is full of palaces and noble buildings, symbols of the splendor it would come to achieve.

It is worth beginning the visit traversing its streets:Comedias, Mayor, LLana, BarreraandAlcázar, which were the five walls that guarded the castle.La Puerta Nueva(The new gate), at the beginning of thecalle Mayor, is the only one that remains of those that existed.

Free access. Also within the interior you will find the municipal cemetery, which uses one of the walls to enclose one of its perimeters.

Historically, the inhabitants of Alcaraz have been vigilant protectors of their independence. They fought against the Order of St. James, which intended to hand over the town to the Marquis of Villena, pleading for help from even the king, Enrique de Castilla, in an emotional letter, dated 1444. Although they did not obtain his aid, they took up arms against the Marquis. Their risk in supporting the Catholic King and Queen against Juana la Beltraneja permanently assured their longed-for independence, along with the title of Very Noble and very loyal, granted in person by Ferdinand the Catholic in 1495.