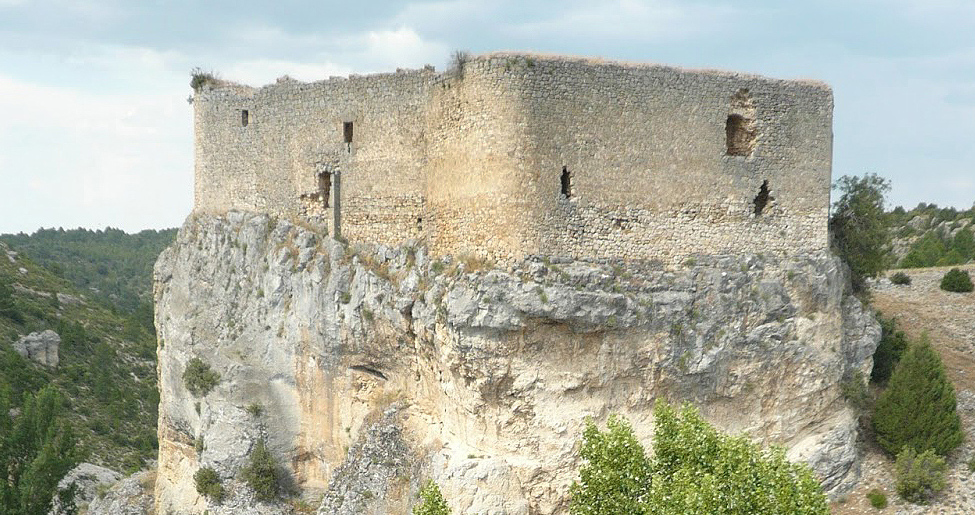 A magnificent example of a castle built into the rock, its walls were erected following the contours of the rock, surrounded by a deep moat. From a distance, the rock seems (an impressive sight) to form part of the very wall of the rampart.

Its defensive capacity and its elevated situation made the existence of towers unnecessary. There are just semicircular reinforcements in two corners of the wall. Its large central patio preserves aaljibe(cistern system), intended as water deposits, and the remains of the tower keep. It is interesting to consider that the current entry point is the result of a restoration, but originally it must have been accessed by a drawbridge. On the north wall you can see large windows, with  stone benches on the sides, and openings for the use of firearms, suitable for the artillery of the 15th century.

This castle belonged to Luis de la Cerda, the first duke of Medinaceli, and was located in one of the extremes of his dukedom, possibly with the purpose of defending his outermost territories.

In the neighboring town of Arbeteta, and atop the tower of its church, we can observe an enormous weather-vane named“El Mambrú”. The legend tells that it was built to commemorate the story of impossible love between a soldier of the area and the young Giraldina, whose figure, also in the form of a weather-vane, spins over the bell tower in the town of Escamilla.