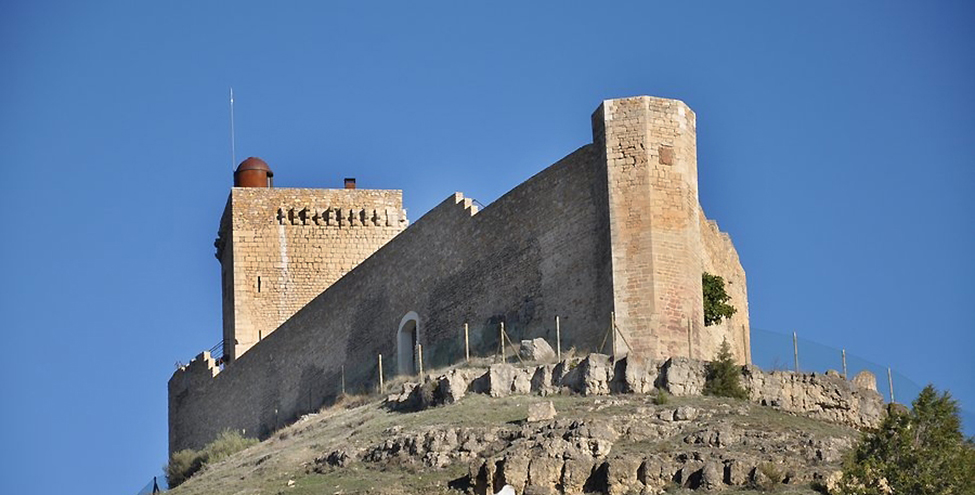 Its signature: the tower with a floor plan in the shape of a D - a system of defense established byJuan Pacheco,Grand Master of Santiago, who also implemented this structure in the castles of Chinchilla de Montearagón, Albacete, and Belmonte, Cuenca.

We can observe the remains of its walls and, above all, its tower of many levels, of which several embrasures and lookouts are preserved.

It was a tower of vigilance, of Muslim origin, that protected the Taifa kingdom of Cuenca from the Castilian advancement, led by Alfonso VI. Once conquered by Christians, it formed part of the so-called“frontera de arena”(sand border), a line of fortresses that defended the territory against the Taifa kingdoms of Albarracín, Alpuente, and Valencia. By the 19th century, during the Carlist wars, it was ordered by Isabel II to be reinforced in order to contain the Carlists from Aragón.

Nearby you can find the natural monument of Lagunas de Cañada del Hoyo. Its waters change colors from blue tones to black, even green, due to the rare microorganisms that inhabit it, which are found almost nowhere else in the world.