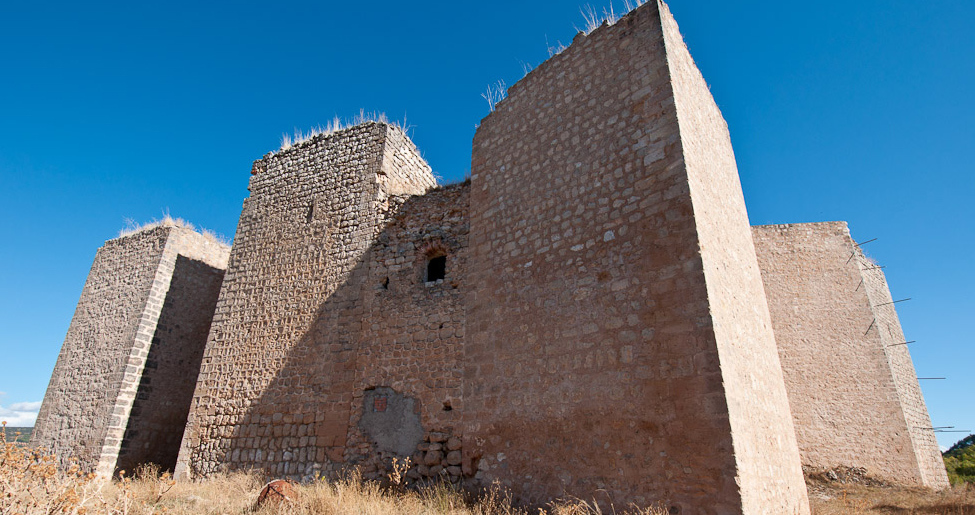 Interesting fortress of the 14th century, erected by Don Juan Manuel, the prototypical medieval knight, dedicated equally to war and literacy. It is an accurate reflection of the way of life of knights in the High Middle Ages.

The castle has a square floor plan with five towers, circular and square shaped, and a pentagonal tower keep. Above the entry gate to the castle there still remains the coat of arms of Don Juan Manuel, two winged arms with swords and two lions.

The tower keep has a pointed arch at its gate, which gives access to the estate, with a stone vault and ribs that cross in its center. The spiral staircase, towards the back, leads to the upper level with a vault of mudejar brick. In the upper part there are marks of the stonemason.

According to the written chronicles of Don Juan Manuel, the castle’s construction began in April of 1324 above an Arab fortress. For centuries it belonged to his heirs, until its acquisition by the city government of Cifuentes, which has carried out many restorations to it.

Only the exterior is accessible, for more information contact the Cifuentes city hall, tel. 949 810 001.

It’s very possible that in periods of rest between wars and political disputes, Don Juan Manuel wrote his famous workEl Conde Lucanorin the castle of Cifuentes.