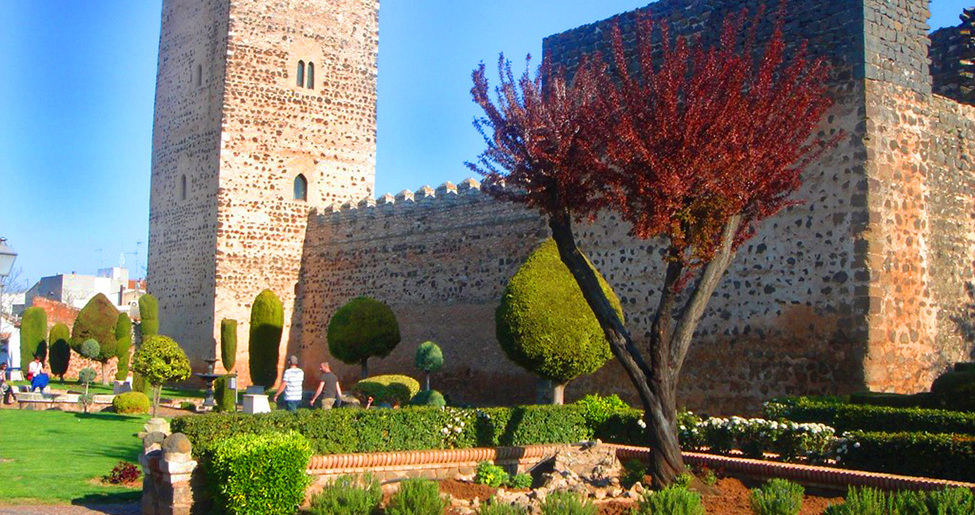 This castle, whose surroundings were originally home to a Muslim population, has an impressiveTower Keepof four floors, with a dungeon in the basement, and a terrace with pyramidal battlements. Tradition, possibly legend, says that here king Ferdinand the Saint was born, son of Doña Berenguela. It is a perfect example of a castle of the plains, erected to guard the roads.

Its current Tower Keep is what is preserved of the original Arab construction. It was conquered by the Christians, lost in the battle of Alarcos, and re-won, for good, in 1212. Queen Berenguela donated it to the Order of Calatrava, so that they would defend her countryside from the continuous Muslim attacks. The Order maintained it until 1544, at which point they abandoned it.

Having a square floor plan, it was surrounded by a moat that currently is being restored along two of its four walls. It has two towers, that of the Keep and theTorre Prieta, with walls topped with battlements.

TheTorre Prietais an immense mass of rectangular stone, blunted and without battlements, and which you can barely see openings or decorative elements. It is composed of three floors and its dimensions are greater than that of the Tower Keep. The first floor is accessible via the patio, and the roof via the bailey.

One of the interesting aspects of the building is its coat of arms, in which you can see two very different parts, which are a gold castle, which represents the locality, and a sword piercing a loaf of bread, which represents the tax that was paid to the Order to which their defense depended.