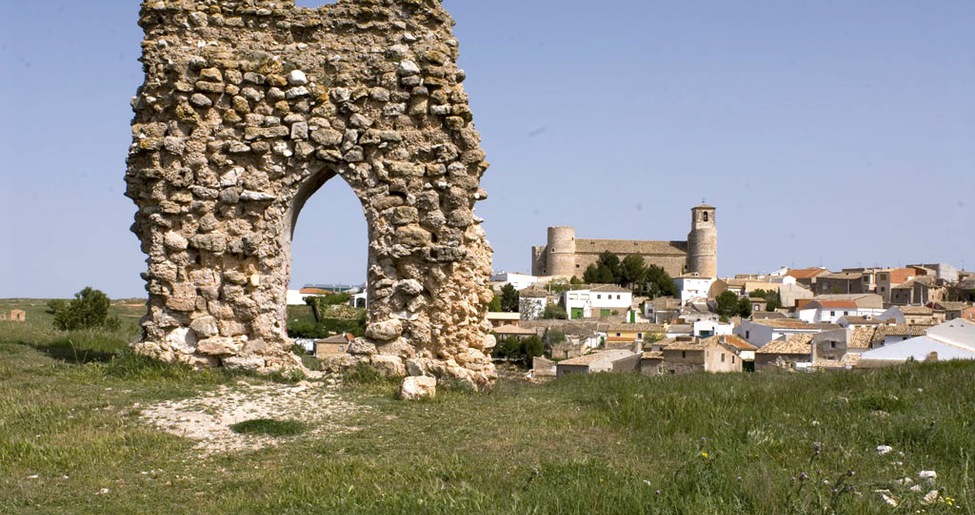 Wrapped in its medieval feel, Garcimuñoz castle makes an example of three cultures living side-by-side in its streets while preserving the area and its memory. The castle is at the forefront of the general image, of a majestic size, it maintains its structure that its deterioration hides, like the remains of the walls by maintaining remnants of its presence.

The manor houses are scattered around the urban area looking for the limelight with their emblems and features on the façades, amongst other monuments and the power of traditional architecture, Cañete has space, its own name and a cultural identity.

The Romeral Alto neighbourhood is the representation of the Islamic core and its whitewashed houses with plinth still have that Caliphate feel, hills with stoned ledges, protrusions in the houses and even a rooftop terrace. The Jews didn’t trail behind the Muslims and to that end, it was due to the prominence and pervasiveness of the Jewish quarter in the town that it was renamed “Garcijudea”, the latter part referring to the Jews.

Apart from in the manor houses, Christian representation is found in the Agustinos convent and the church of San Juan Bautista. This ecumenical tour seems to contradict the history of conflict and battles between the three cultures that here live like brothers in the anatomy of the town.