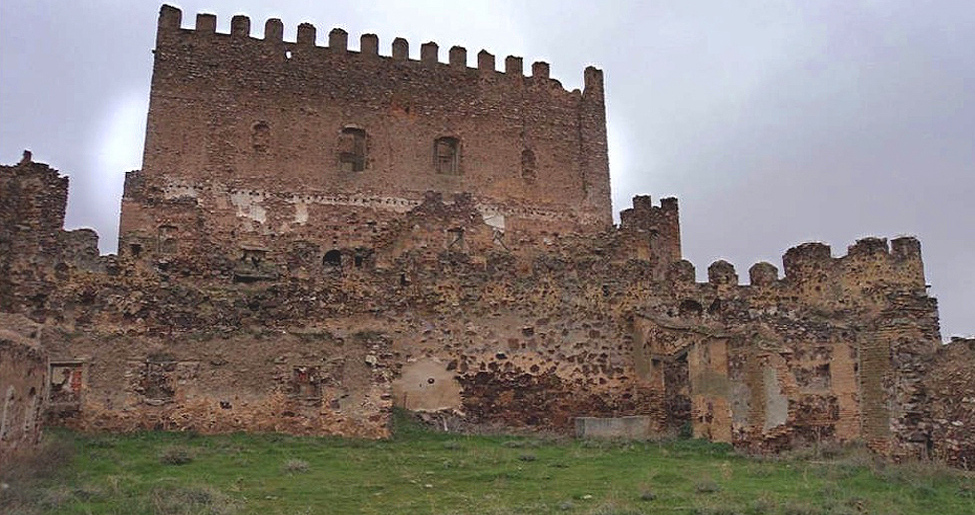 It has a very interesting structure due to its vast tower keep, which serves as the central body, designed as a hospital for Santiago and Templar knights when they were injured or ill. This gives us a new vision of constructions that we generally consider defensive.

The wall has a square floor plan with towers at the corners, smaller in comparison to the Tower Keep. The emblem over the entrance belongs to Cardinal Silíceo and is from the 16thcentury. The large windows in the tower come from those times, when the School for Noble Maidens of Toledo was set up here. Outside, we can see remains of animal pens and auxiliary spaces, as well as the remains of a chapel built in the 18thcentury.

The original Arab fortress protected the way to the Muslim territory. Once conquered by Alfonso VI, he handed it over the Order of Calatrava, who built a hospital over it. By the end of the 12thcentury it had already been built, so when the frontier was set in the Sierra Morena mountain range, it continued being refuge and hospice for Santiago and Templar knights.

Records from 1178 already referred to the castle/fortress as Guadalferga Hospital.