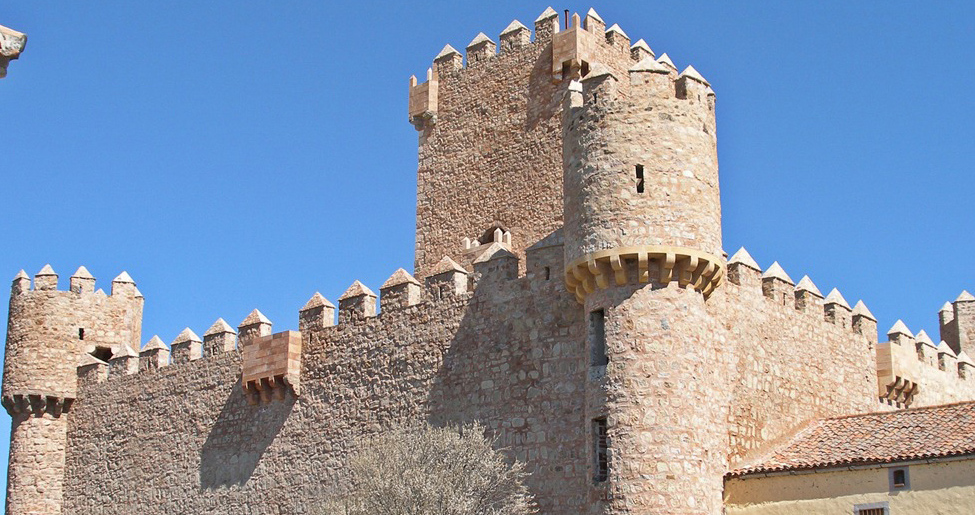 Its architecture is a beautiful example of how, in the middle of the 14th century, the old medieval castles, totally austere, began transforming into palatial residences, without loosing their military condition.

It was surrounded by a moat, now gone, and it presents the classic arrangement of a large tower keep in its interior, with windows, balconies, and machicolations, surrounded by a wall with semicircular turrets at its corners. The gate, with a pointed arch, preserves the coat of arms of Iñigo López de Orozco, who ordered the construction of the castle in the middle of the 14th century.

Its first owner, who had it built, was assassinated by king Pedro I, in retaliation for having changed sides to that of his rival, Enrique de Trastámra. The fortress went on to become property of the house of Medinaceli, and in the 15th century it was inhabited by the Count Luis de la Cerda. His son Juan de la Cerda ceded it along with the rest of his assets to the duke of Medinaceli, and to his descendants, who would end up donating it to the town, and passing therefore to the property of the City Government of Sigüenza.

Only the exterior is accessible for a visit.

In the surrounding areas there is the Castilviejo (old castle) of Guijosa, a fortified enclosure from the Final Bronze Age, which would later be occupied by Celtiberians, and later housing a Muslim turret. Located one and a half kilometers from Guijosa, towards Cubillas del Pinar, by a dirt road that we find on the right.