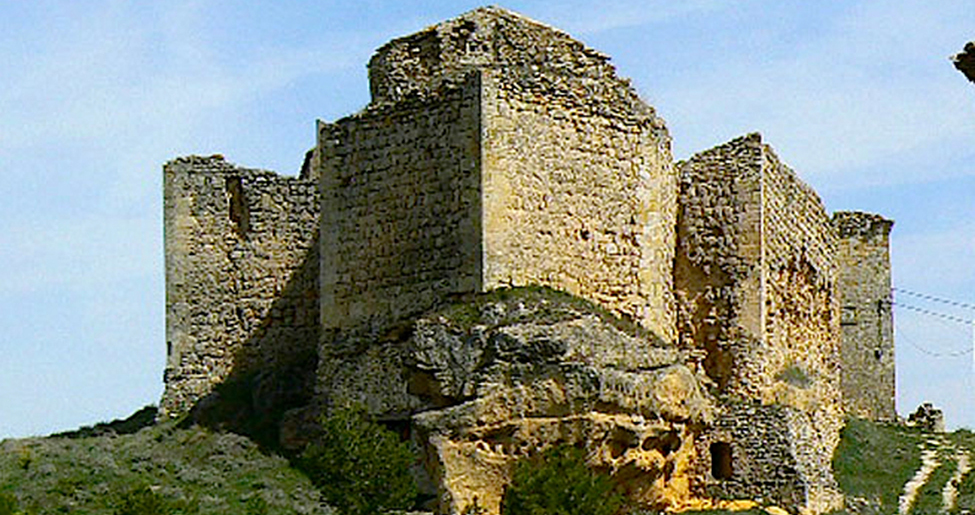 Its tower keep is imposing, for its machicolations in the upper part, the sculpted heraldic shields, and the preserved tombstone at its base, that speaks of who ordered it built.

Going around its exterior, we will find big buttresses that reinforced the wall, and observe that the outermost towers acquired the shape of a buttress, to advance the defense and be more effective against possible attacks. At the foot of the main tower we find a tombstone in Latin that affirms that it was the Italian Gabriel Condulmario who promoted its construction in 1473.

The interior preserves a stove, a well, openings excavated in the rock, perhaps for storage, and ancient dungeons, that now are used as stables and cellars.

It origin dates to the 12th century, when the town was the capital of the region of the bishops of Cuenca. The current fortress seems to have some relation with the Castilian civil war that Juana la Beltraneja and Isabel of Castile maintained for the throne.

Private property. Only the exterior is accessible for visiting.

The so calledMolino de Viento(windmill) is in reality a watchtower from this locality, of which no exact information is known, but it is worth a visit for its interior spiral staircase and its quaint appearance.