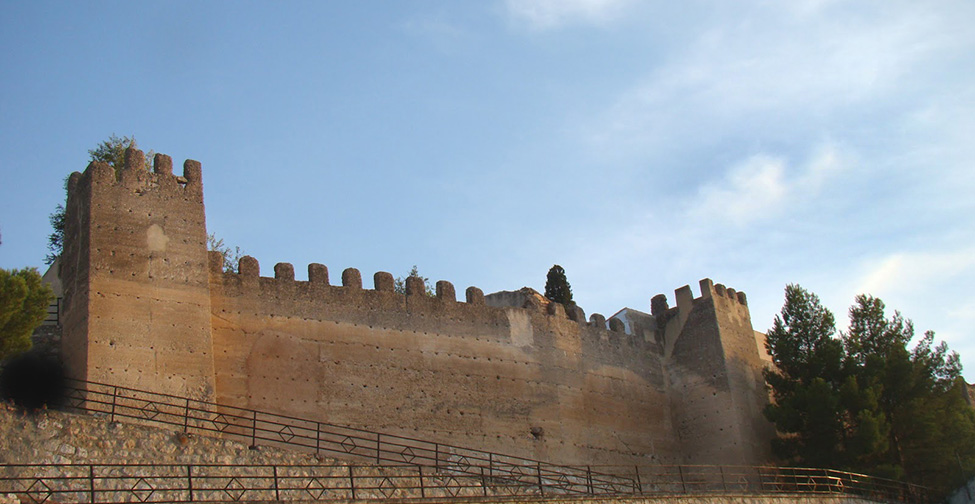 Its walls are an impressive sight. It is believed that the Almohads who constructed them also took advantage in using them as an irrigation system, spread out among the orchards of the shores of the river. It was refuge for king Lucef when he fled from Rodrigo Díaz de Vivar, elCid Campeador.

The Muslim region of Al-Axarach had its administrative center in this castle. The construction of“El Caño”is attributed to this time period. It was an aqueduct dug into the rock and passed through the town settlement at its most narrow point, and led its waters from the river to the channels of the valley. Of the fortress there remain some ruins.

In Roman times they constructed small villages and plank bridges to cross the Júcar River, such as thePuente Viejo(Old Bridge), and the path ofla Vía Hercúlea, destroyed in the floods of 1982.

Access is free. It is owned by the city of Jorquera, and currently it houses the municipal cemetery of the town.

In this area the visitor can recreate the battles ofCid Campeador. The General Chronicles of Spain tells of the battle that D. Rodrigo Días de Vivar held with king Lucef in Valencian territory and the later persecution towards Castile, where the Moorish king went, already wounded, looking for shelter and aid in the Muslim castle of Jorquera.