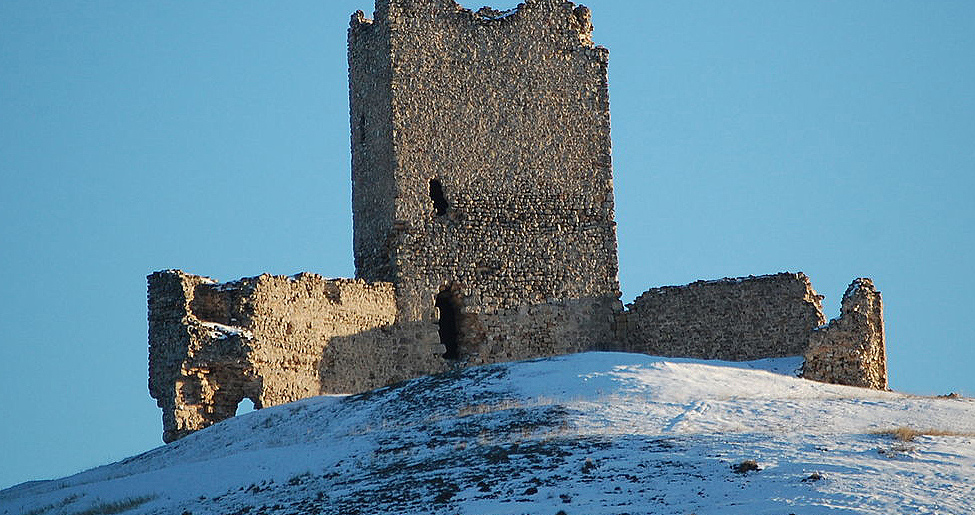 It is one of the few Romanesque castles that hasn’t suffered subsequent transformations: we can see it just as it was built in the 12th century. The roughness of its finishing touches is definitely military and frontier, with no place for creature comforts.

Classic example of the transition between tower-fortress and walled castle, it shares characteristics of both. The immense and very tall tower is what is best preserved of the fortress. Without windows, and without its upper part, it presents an interior entry point, raised many meters above ground. The ladder to access it, possibly of wood, would be taken up in case of attack, leaving the tower as the last defensive bastion. Of the exterior wall some curtain walls are preserved, and a turret in one of its extremes, which serve as evidence of having had a first and second moat.

The only documented mention of this castle is its donation, in 1154, to the bishop of Sigüenza, on behalf of king Alfonso VI. Characteristically it is obviously Christian, and either it was ordered to be built by bishop Don Bernardo de Agén to protect the outer edges of his bishopric against the Muslims, or by Don Manrique de Lara at his furthest reaching area of Señorío de Molina, for the same reason.

With binoculars, from the hilltop, we can see the Sierra of Megorrón - Cifuentes, to the South, the foothillsof Atienza to the North, the Sierra of Segovia to the West, and the riverbank of the Tagus River to the East.