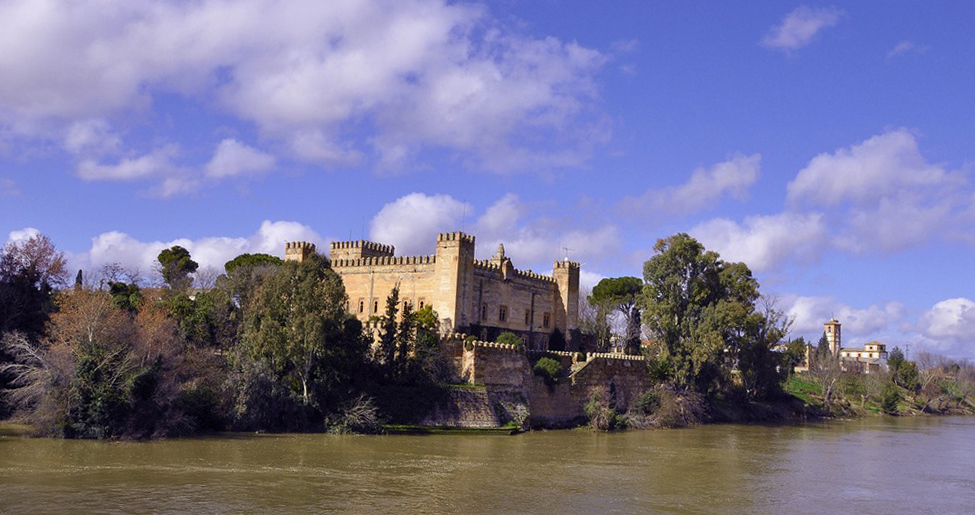 It is one of the few Spanish castles that has continued to be inhabited since its construction, in the style of the French castle-palaces. You can only visit the outside, but it is worth the walk around the perimeter to have an authentic idea of what these fortresses were like when they were in use.

Of a square floor plan, quadrangular towers reinforce the wall at the corners. The tower keep is the home of the Dukes of Arión. The whole perimeter is surrounded by a moat, except on the side that is protected by the Tagus River. We can see two machicolations, on the side of the river and next to the main tower, as well as a row of merlons topping the wall.

It is considered a primitive Arab defensive fortress from the 10th century, although it was the Gómez family of Toledo who were the first owners in the 14th century, and their descendants who made it into a residence. In the 17th century it undertook an important interior reformation to turn it into a palace, at which moment the windows in the walls were opened.

Private property. Not accessible for a visit.

Constructed in brick, it presents the typical Toledan bonding, a local manner of construction whose tradition is connected to mudejar architecture.