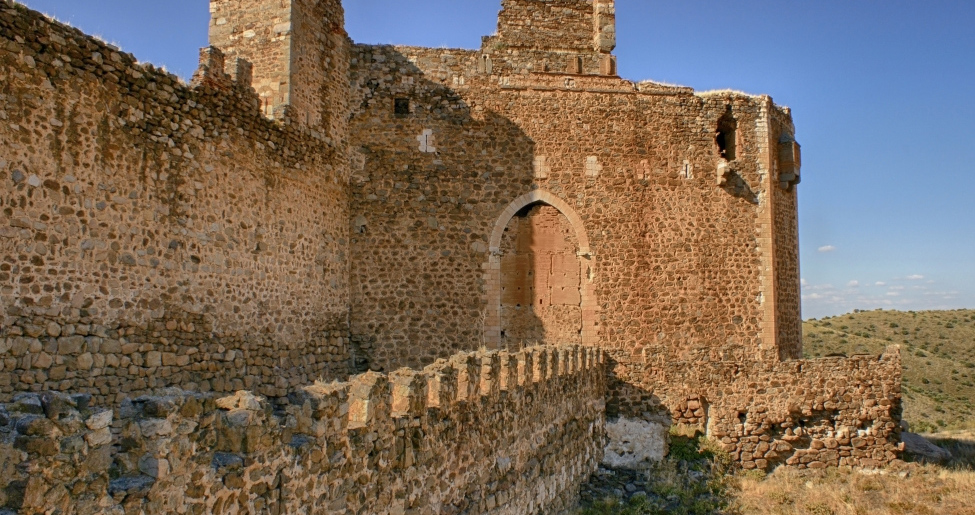 Constructed by the Knights Templar, it presents such a strength that it doesn’t show any evidence of ever being attacked. Its visit is an opportunity to see a defensive castle, in its most literal meaning.

Erected on a site through which the Torcón River cuts steeply, it only has defenses on its South side, the only attackable side: moat, semicircular turret with battlements and arrow holes, exterior barbican (watchtower), and loop holes. The towers built outside the castle wall, with a pentagonal floor plan, typical of Templar constructions, have pointed arches and headstone inscriptions and marks of stonemasons in its ashlars. In the interior we can see remains of the original Muslim fortress, much smaller, as well as two subterranean cisterns. Its history supposedly has Almoravid origins, and after its conquest Alfonso VI donated it to the Templars.

Legend tells us that the castle was connected, via a subterranean tunnel, to the nearby Visigoth chapel of María de Melque.