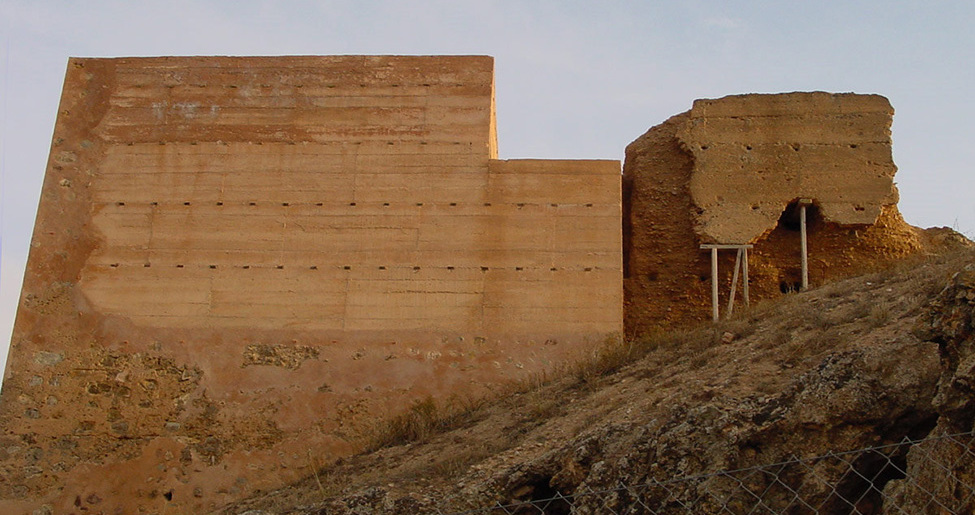 The original Arab fortress, without a known construction date, still existed in the 10th century, and has suffered destructions and reconstructions throughout its interesting history, which we can appreciate among its current remains. It is, without a doubt, the perfect example of a fortress fought over between many different groups.

In the year 921, Orduño II of León reduced the fortress of Elpih, the Arab name for Montealegre, to rubble. Alfonso X rebuilt it centuries later, but king Pedro I, the Cruel, during the civil war with his brother Enrique, each fighting for the throne, set it on fire, destroying the towers and rooms that existed over the main gate. Today we can see remains of its walls, cisterns and the bases of the towers, in process of restoration.

The Battle of Almansa, in 1707, liberated during the War of Succession, caused great devastation inMontealegre(happy hill), its hillsides and homes being exploited by the armies, and causing epidemics and famines that decimated the population until it was almost wiped out… and contradicting its happy name.

The town of Montealegre del Castillo was inhabited since the Paleolithic and Neolithic ages, having found evidence of these time periods, and Iberian remains in theCerro de los Santos(Hill of the Saints) andLlano de la Consolación(Plains of Consolation), some of such importance as the statue calledGran Dama Oferente.