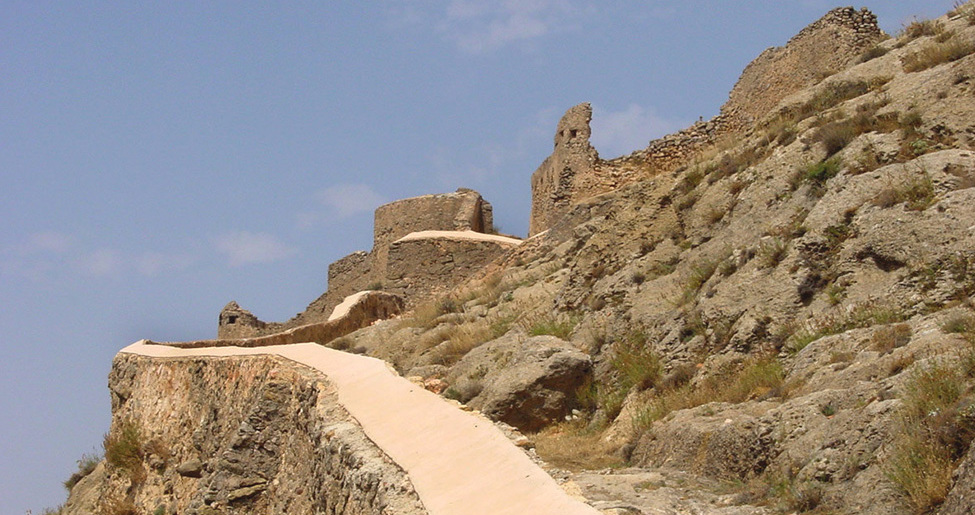 Even more than the actual castle, the round rock base on which it sits is impressive. Inaccessible by any of its faces, at its heights are remains of possibly Islamic walls, a turret with a semicircular base, and some defensive battlements.

The remains of living spaces and soldiers barracks that inhabit the castle are interesting. There are remains of various stoves, a pool for collecting rain water, ducts for channeling the water, and cisterns for its storage. Its wall, of Islamic origin, with a length of over one thousand meters, surrounded the whole castle, although nowadays we can only see its remains.

An expedition by Alfonso VIII converted it into a Christian enclave in the 13th century. The town suffered highs and lows while it depended on the realm of Alcaraz, especially due to the inhospitable conditions of its primitive location, on the hillside of the castle. Finally, in 1537, it achieved the title of a village, awarded by Carlos V, and moved to the lower valley, in which today it still sits.

The castle is currently in a phase of restoration, but the visitor can access the meseta where the fortress is located and enjoy the impressive panoramic views of both the plains of Albacete and the foothills of the sierra. It is also possible to take a historic walk around the bottom of the castle by a path that has been recently made, and check out the remains of the walls.

Within the castle there was a church of which there are still remains. Converted into an arsenal, it was destroyed by an explosion caused by a lightning bolt.