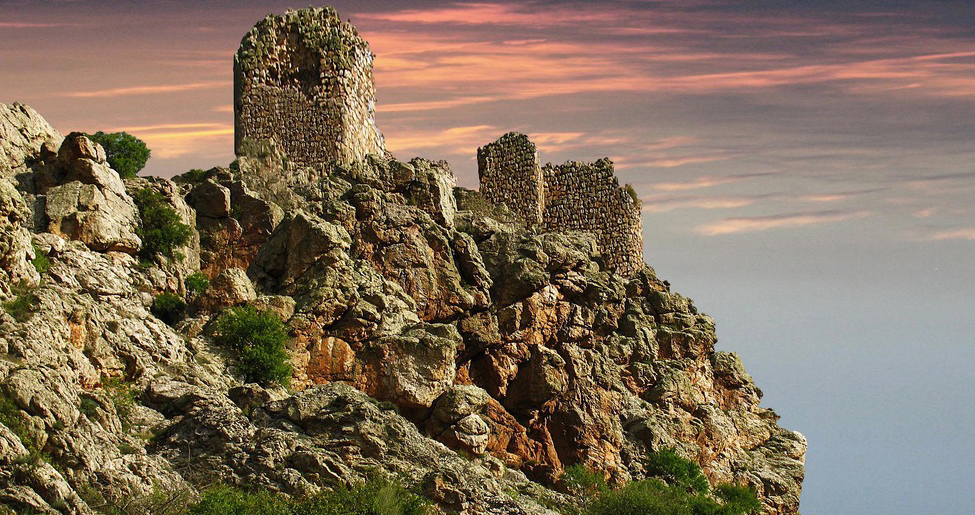 It is one of the most important castles of Castile-La Mancha at an architectural level, since it is a rock fortress which, in order to adapt itself to the terrain, has an elongated and irregular floor plan. From its heights there is a magnificent view of the immense and dense canopy of green-gray olive trees, like a sea, nestled within red lands and immense plains.

The position in which it is located converts the castle into a natural guardian, watching over Almohad invasion routes, directed towards the Christian kingdoms. The interior of the fortress has two levels, separated by a moat dug into the rock. Its tower keep separates the parade ground form the rooms.

Its history begins in the 10th century, belonging to the Taifa of Toledo, and later was witness to fights between Christians and Muslims, owing to its important location to secure the city of Toledo from the South. After its conquest, it was given over to the Order of Saint James for the defense and repopulation of the area.

History and legend flow through the walls and buildings of this fortress that was constructed in the 10th century by Arabs and guarded over, once conquered, by the soldier monks of the Order of Saint James.